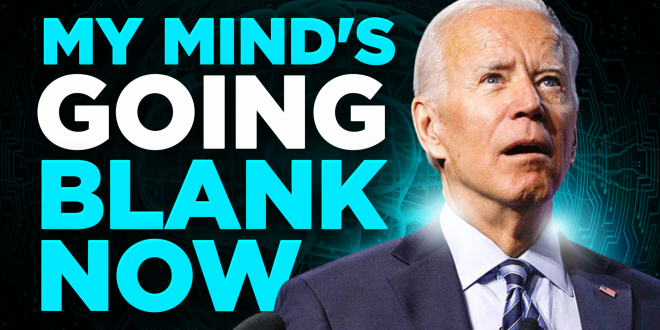 In the world of American politics, President Joe Biden is a man of titanic intellect. And just like the Titanic, his intellect has sunk to the bottom of the ocean. 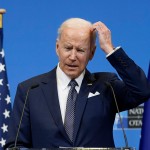 As a younger man, President Biden was full of vim, vigor, and vitality, able to speak in full sentences and remember who he was and where he was at any given time. Today, he is a mere shell of his former self, mumbling and bumbling incoherently, losing his train of thought mid-sentence, and wandering off stage to shake hands with thin air.

But don’t worry, he’s got what it takes to fix the economy and get America back on track. He is just the man to save a deteriorating country because he knows what it’s like to deteriorate. He’s been there. He *is* there. He just doesn’t know where “there” is. 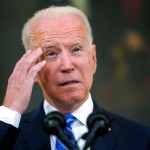 We have decided to honor Joe Biden with a new song entitled “My Mind’s Going Blank Now” that captures and celebrates the 46th President’s spirited cognitive journey. It is a tune soaring with Biden’s greatest brain farts, mind flubs, and word salads.

So, if you hold near and dear to you, that you, um, like to be able to… Anyway…

Check out “My Mind’s Going Blank Now” featuring none other than Joe Biden himself behind the microphone.

We hope you enjoy!