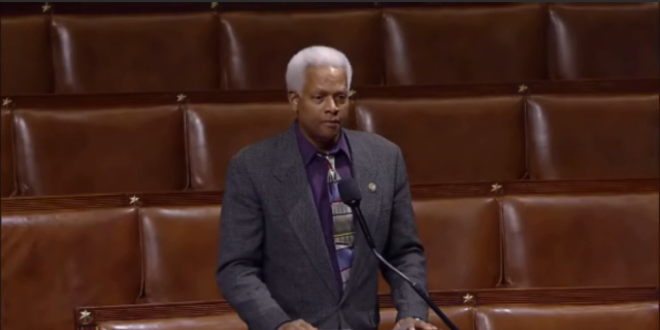 Hank Johnson Imagines a World Without Balloons, We Pay Tribute

Hank Johnson is the most gifted orator in the universe.

Last Thursday, the Democratic Congressman from Georgia raised an extremely important topic on the House floor: ensuring universal access to helium. In a pun-fueled diatribe, Rep. Johnson asked the chamber to imagine a world without balloons, a frightening realm devoid of helium where comedians cannot make their voices high-pitched and where children’s birthday parties will never be the same. Frankly, he described a world not worth living in:

For those unfamiliar with his work, Hank Johnson is the wise statesman who opined in a Congressional session in March 2010 that too many troops deployed to the island of Guam could cause it to tip over and capsize:

And the hits keep on coming.

While a balloon-less dystopia and an inverted islet are indeed troubling and warrant further attention, we feel it necessary to showcase another one of the Congressman’s finer moments.

On December 12, 2012, Rep. Hank Johnson addressed a mostly empty House chamber to denounce Michigan’s new right-to-work legislation. Searching for the right metaphor, the staunch pro-union advocate compared everyday workers to “midgets” struggling in a world run by “giants.” I’m sure he left the Capitol building that night feeling good about his speech.

The next day, he reappeared on the House floor to apologize for using the word “midget” so many times, referring to it as the “M-word” instead.

Take a look at clips from Hank Johnson’s notorious “M-word” speech intercut with his apology the next day. They seem to go well together:

Tell us what you think in the comments below.