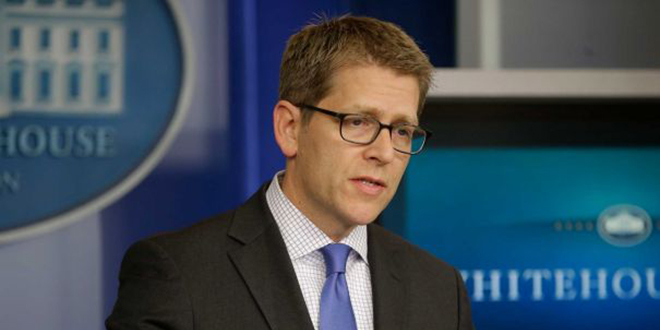 Somebody woke up the press today.

Fresh out of an 8-month slumber, members of the mainstream media wiped the sleep-crust from their eyes and finally asked White House Press Secretary Jay Carney a few tough questions about Benghazi.

But before the press conference began, Carney decided to meet with select members of the Press Corps in an off-the-record, impromptu session aimed at providing “deep background.” Nothing says transparency like a closed-door session with hand-picked messengers.

When the press conference officially kicked off, it was not pretty for Mr. Carney. He took arrows from journalist after journalist, probably from those who were not invited to the private pre-party.

For the first time in a while, the White House Press Secretary found himself having to answer real questions from the media on a wide range of topics, such as:

“Who changed the Benghazi talking points?”

And speaking to a late-breaking scandal:

“Why is the IRS targeting conservative groups?”

Of course, Carney did not answer a single one of these questions. Instead, he hemmed, he hawed, he dodged, he deflected, he eluded, he evaded. Basically, he did what he gets paid to do, which is to provide clarity through obfuscation.

Only this time, journalists did not take it, and neither did the American people.

While Carney prevaricated at the podium, the citizens voiced their opinions on Twitter. Many people used the hashtag #Benghazi when tweeting, but one clever Twitter user created his own hashtag specifically to address the White House Press Secretary and his shenanigans: #JayCarneyExcuses. 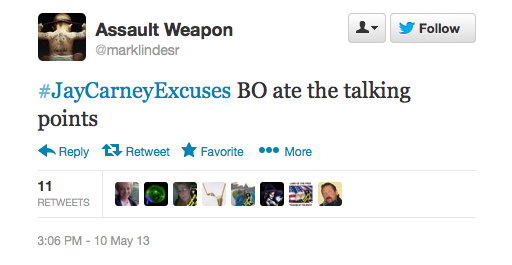 People followed suit, and #JayCarneyExcuses quickly rose to the top of the list of trending topics. Here are some of the best tweets of the day: 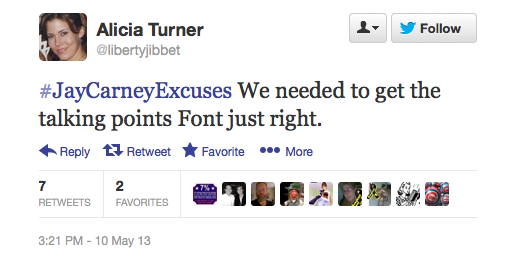 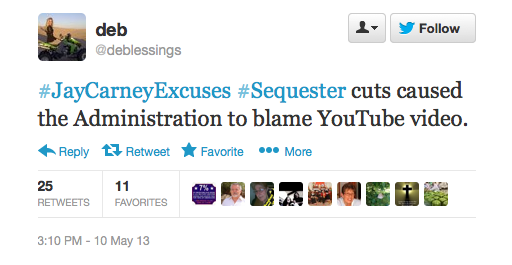 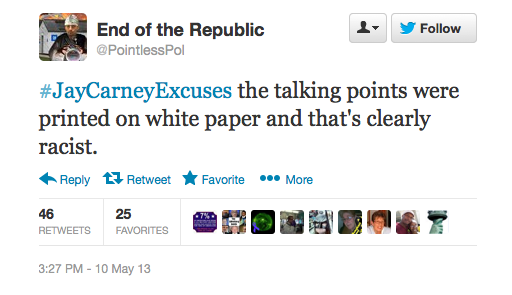 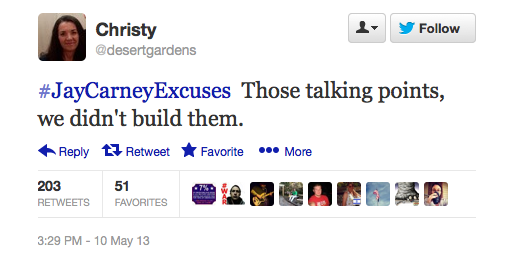 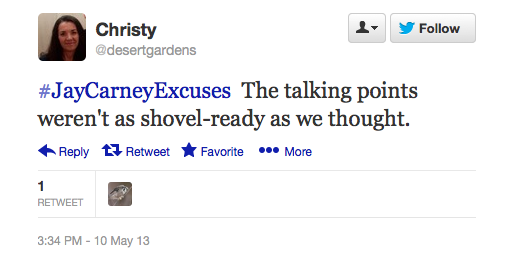 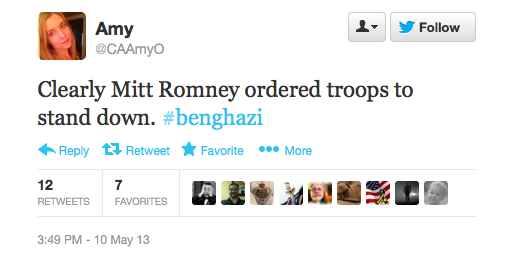 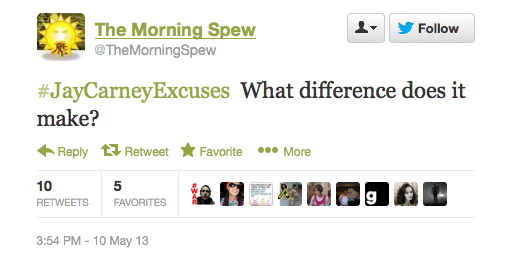 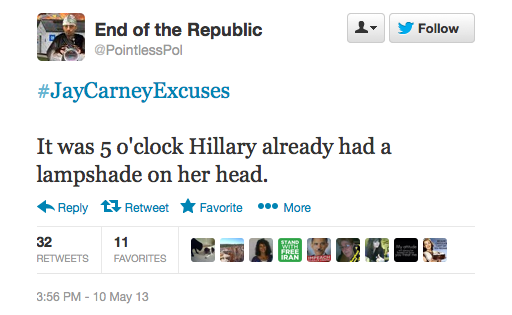 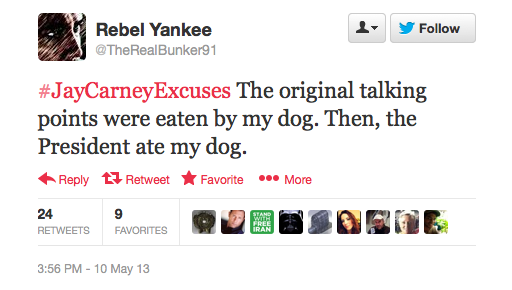 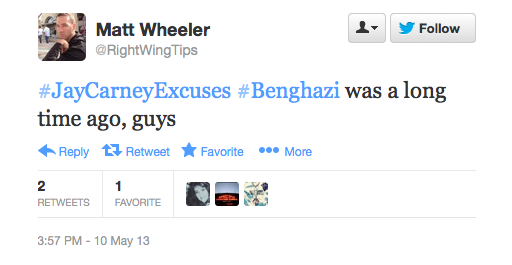 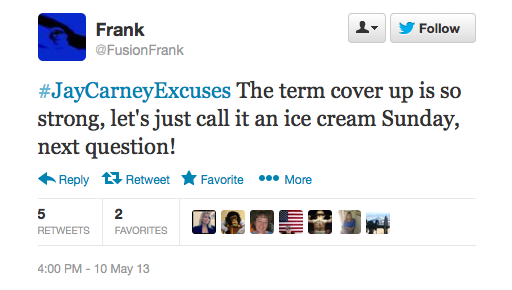 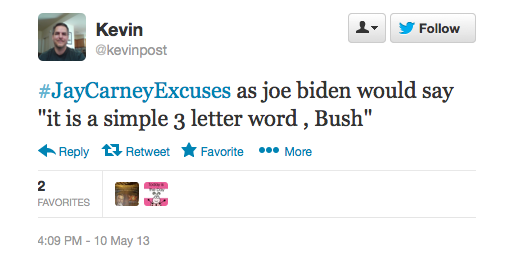 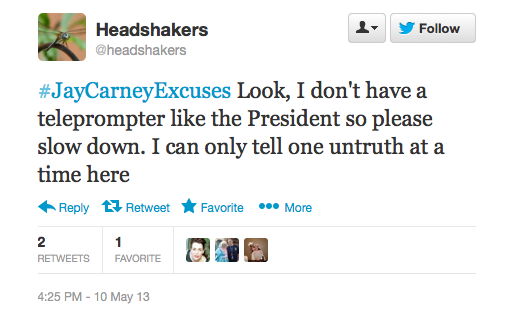