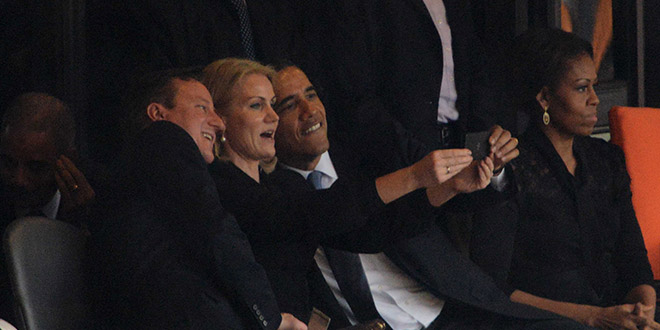 At the memorial service for former South African President Nelson Mandela, while leaders from around the world looked on, President Barack Obama took a “selfie” with UK Prime Minister David Cameron and Danish Prime Minister Helle Thorning-Schmidt. First Lady Michelle Obama, sitting to the President’s left, was not amused in the least.

If the selfie-snapper-in-chief and his two sidekicks had been present during other sad moments from history, they probably would have posed for pictures then, too. This is what that might have looked like: 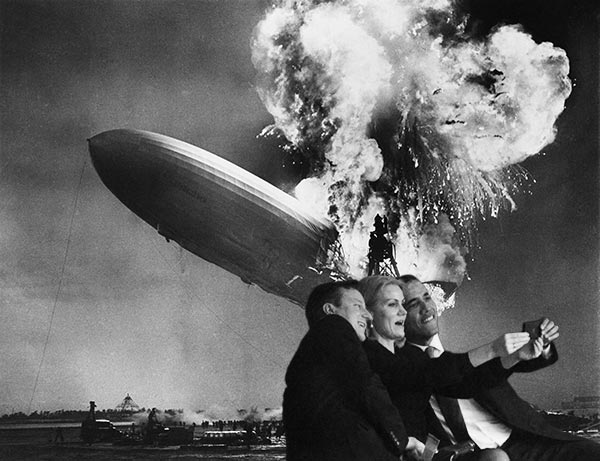 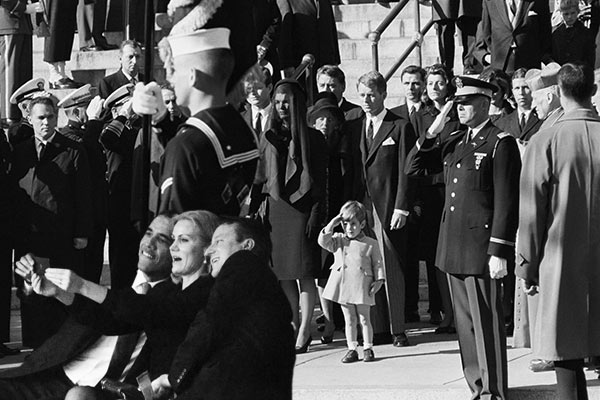 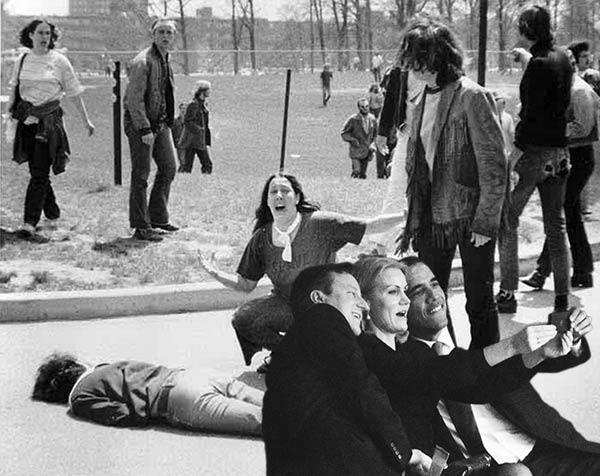 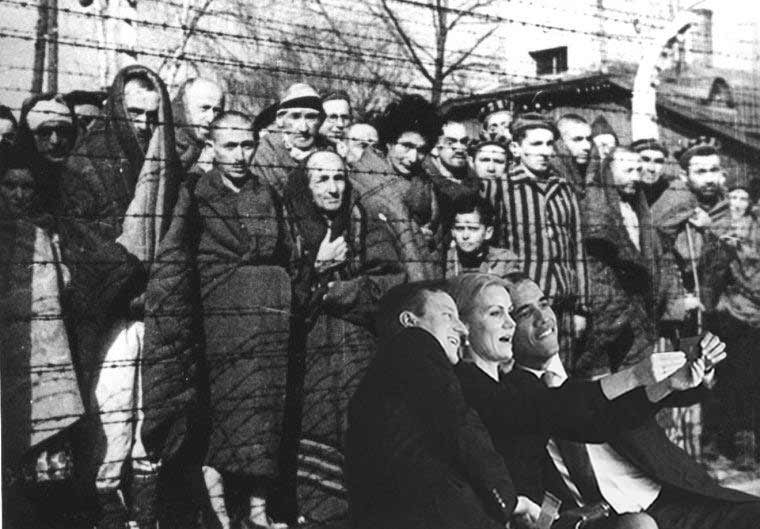 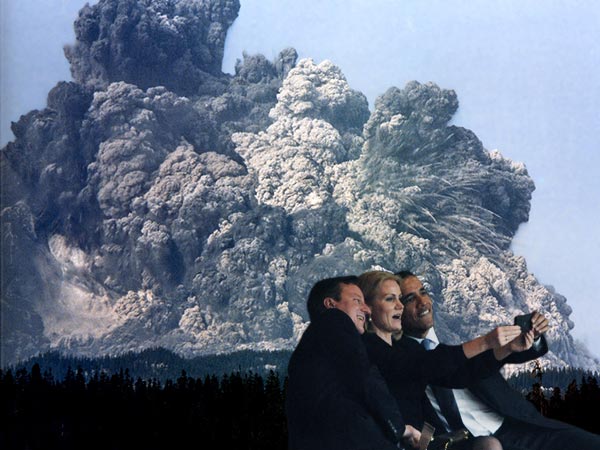 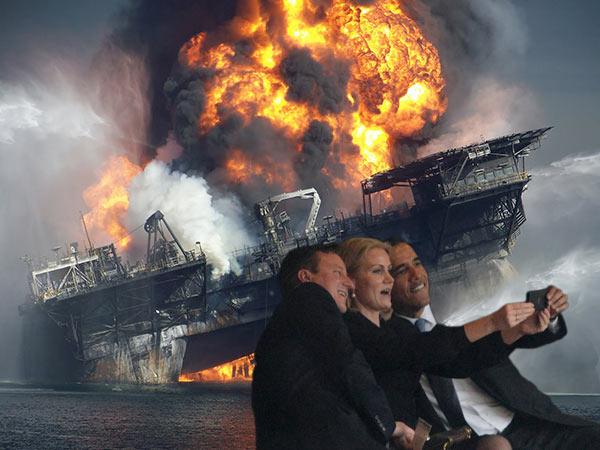 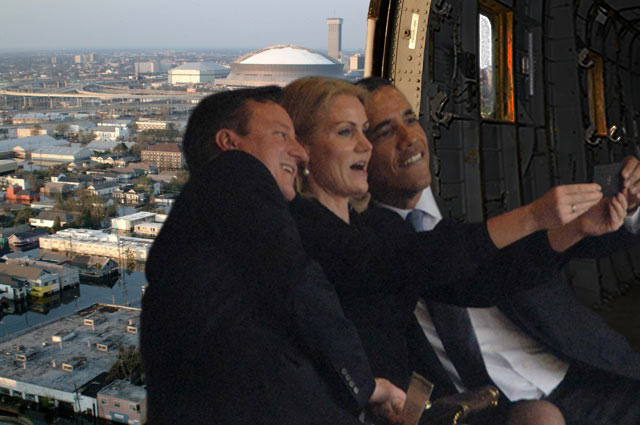 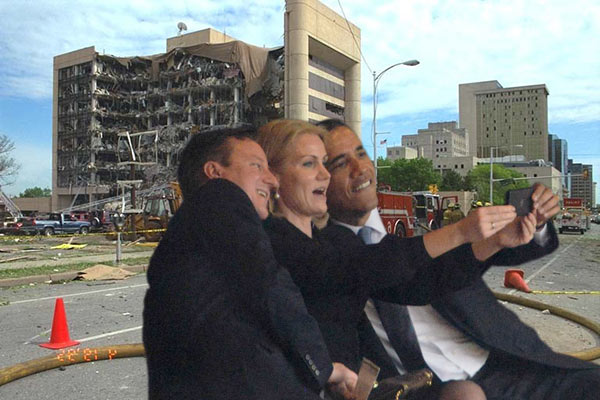 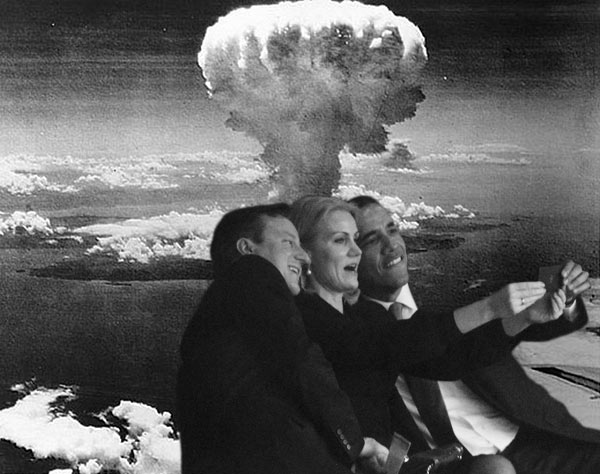 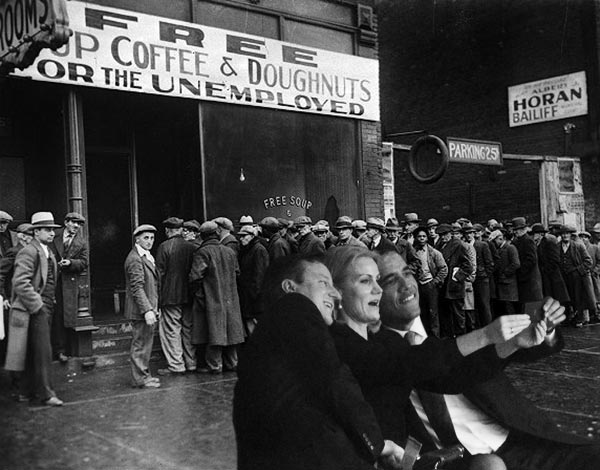 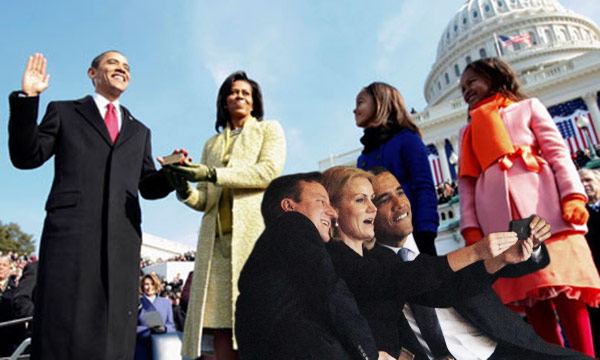