Home > Politics > Obama to Democrats: Be Proud of Obamacare (And Its Failures?) 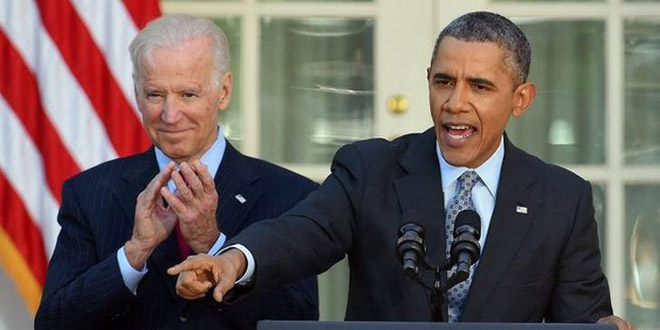 Obama to Democrats: Be Proud of Obamacare (And Its Failures?)

On April Fool’s Day, President Obama announced that 7.1 million Americans had signed up for Obamacare. And he wasn’t joking.

Obama made the bold claim in a speech from the Rose Garden on Tuesday, practically doing a victory lap around the First Lady’s Brussels sprouts.

If the President had known what to do with a football, he would have spiked it.

During Obama’s boastful speech, he told the Democratic Congressmen in attendance that “they should be proud of what they’ve done.”

Really? They should be proud of raising premiums, cutting workers’ hours, forcing layoffs, canceling plans and Americans losing their preferred doctors? Because that’s the impact that Obamacare has had.

To drive this point home further, the Washington Free Beacon released a video which shows the President in his Rose Garden speech heaping praise on Obamacare, juxtaposed with news stories of people hurt by the disastrous bill.

It’s an extremely effective video. Check it out here: