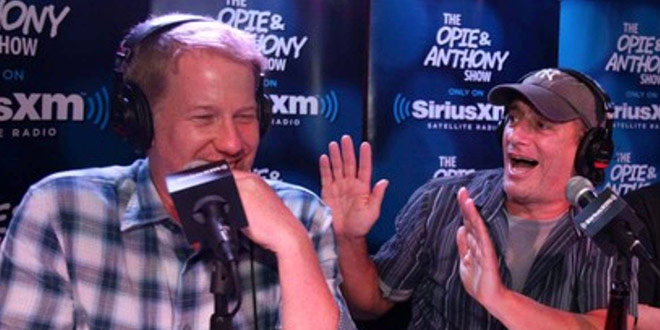 Gregg “Opie” Hughes and Anthony Cumia, the hosts of SiriusXM’s The Opie & Anthony Show, slammed Obamacare in a seven-minute tirade on Thursday’s show.

The rant was instigated by Hughes, who brought up the fact that he had recently received a health insurance cancellation notice from the government, something which Cumia had already dealt with.

Hughes said that his insurance plan, which he was finally happy with after enduring years without coverage, was simply not good enough under Obamacare. His current plan would be canceled and he would have to pick a new one, or else pay a tax penalty.

I don’t know why we’re not having a revolution at this point.

Hughes retorted, “We should! We’re revolting.”

Opie and Anthony are certainly not alone. According to the AP, 4.7 million Americans have had their health insurance plans canceled because of Obamacare. And more are receiving cancellation notices every day.

Cumia commiserated with his radio partner and talked about receiving his own cancellation notice in the mail:

For the first time in my life, I had perfect health insurance.

“You’re lying. This didn’t happen to anyone,” a sarcastic Hughes shot back. “That was an illegal insurance policy.”