Home > Politics > Do People Besides Harry Reid Even Know Who the Koch Brothers Are? 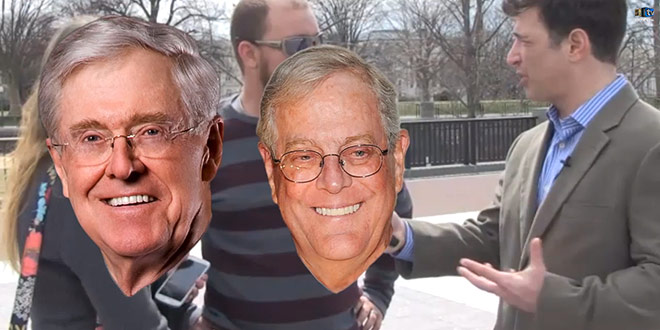 Do People Besides Harry Reid Even Know Who the Koch Brothers Are?

Senator Harry Reid has one lifelong obsession: vilifying the Koch brothers. After all, they are rich, white, conservative, and they like to spend money to fund Republican candidates.

That right there is enough to make them evil, un-American outlaws who should be castrated and put in prison.

At least, if you listened to Harry Reid, that is what you’d think. No matter where the Democratic Congressman is – on the floor of the Senate, in the Capitol rotunda, in his car eating a cheeseburger – there is only one thing on Harry Reid’s mind: getting rid of America’s “Koch problem.”

Don’t believe me? Just watch this video from the Washington Free Beacon of Harry Reid mentioning the Koch brothers 134 times from the Senate floor:

Yes, according to Harry Reid, America is addicted to Koch. It’s not Harry Reid – the guy who can’t stop talking about billionaire brothers Charles and David Koch – who lives in Kochtopia. It’s America and her people.

But does the average American even know who the Koch brothers are?

This was the question which Dan Joseph with the Media Research Center wanted to ask. So he took a camera to Capitol Hill, stopped random tourists, and asked them if they knew anything at all about the evil Koch brothers.

Needless to say, none of them did. Not anything substantial anyway, just that they had negative feelings towards them, in come cases. And that they deserve death.