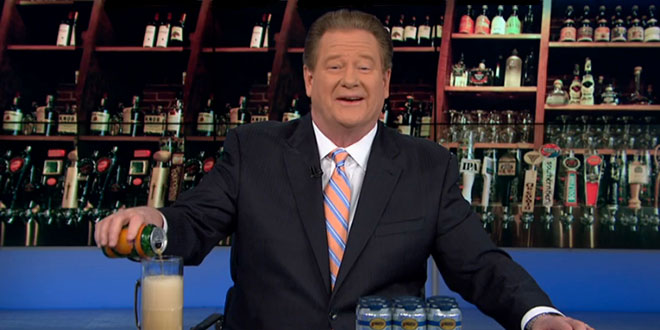 On the Friday edition of The Ed Show on MSNBC, host Ed Schultz popped open a can of beer while introducing a segment highlighting a craft brewing crisis in the state of Florida. To “liven things up,” Schultz then attempted to do something on the air which he had never done before in his entire life, but this action only served to bring eternal shame and sorrow to him and to his network.

Before we get into what happened, there are a few logical questions to answer: 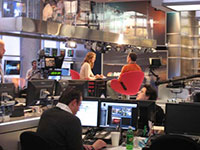 1. What is MSNBC?
MSNBC is a cable news network that launched in 1996 as a collaboration between Microsoft and NBC.

2. When did MSNBC stop broadcasting?
Actually, MSNBC is still broadcasting and can be found on most cable service providers across the nation.

3. What kind of programming does MSNBC have?
MSNBC has nearly unwatchable programming.

4. How large is MSNBC’s audience?
The viewing audience of MSNBC is equal to the number of people employed by MSNBC plus their immediate family members, minus the key demographic of 18- to 49-year-olds.

5. What kind of ratings does MSNBC get?
MSNBC trails behind 8 A.M. reruns of The Golden Girls and midnight airings of Baggage, a dating show on the Game Show Network.

6. Who is Ed Schultz?
Ed Schultz is someone who has never poured a beer before in his entire life.

How do I know that Ed Schultz has never poured a beer before in his entire life?

Because after popping open the can of beer for the craft brewing segment, Ed then proceeded to turn the can over a full 180 degrees and carelessly dump its entire contents into a nearby mug at full pour, causing the ale to reach “critical mass” and convert completely into suds, filling the whole glass top to bottom with bubbly, frothy foam. My 5-year-old nephew could pour a beer better than this guy.