Home > Politics > Barack Obama Loves You Back, And He Really Means It, Too 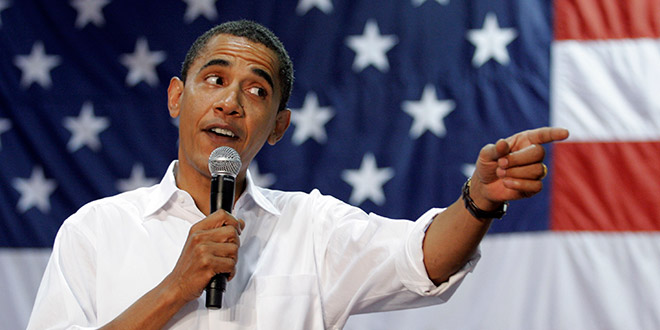 Barack Obama Loves You Back, And He Really Means It, Too

It has happened to all of us at least once in our lives. It has even happened to you. In fact, I bet you can recall it like it was yesterday. 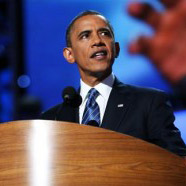 There you were, at a campaign rally for then-candidate Barack Obama. You watched as His Worshipfulness took the stage and walked towards the podium. Then, he proceeded to fill the auditorium with promises of a better tomorrow.

Being there was like a dream come true. Before you knew it, you were so overcome with joy that you couldn’t help but proclaim to His Highness at the top of your lungs how you truly felt. The words “I love you!” spilled out of your mouth and echoed off the walls.

Time stopped. To your surprise, you realized that His Eminence actually heard you! The Anointed One turned towards you and shouted in return:

I love you back!

At that point, you could have died. In one fleeting moment, you accomplished everything that you set out to do in life and could have keeled over right there. Barack Obama said, “I love you back,” and he really meant it, too.

Flash forward to the next day. You awaken to find that the economy has been fixed, that you got to keep your doctor, and that your taxes did not increase by a single dime.

This concludes our story of “That Time When Barack Obama Wasn’t Lying and Other Fairy Tales.” We hope that you loved it, at least as much as Obama loves you.

Speaking of which, check out this video called “Barack Obama Loves You Back,” a compilation of all the times that the President uttered this sweet, little phrase in speeches over the years.

FYI, it was a lot. Something tells me that you were not his one and only: