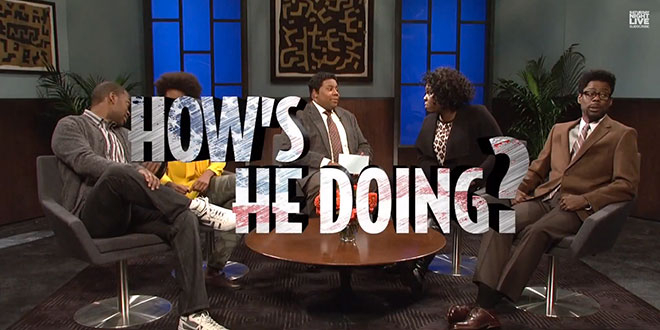 In a sketch called “How’s He Doing?” SNL cast member Kenan Thompson, playing the host of a fictitious roundtable-style TV show, explored an important question on the minds of black Americans across the nation: just how is Barack Obama doing as President?

Additionally, Thompson’s character revealed that Obama’s job approval rating amongst African-American voters in particular had also slipped, by a larger margin of 7%, to a whopping 92%.

Considering these numbers, is it any wonder how the panel answered the question “How’s He Doing?”

Check it out for yourself. Here’s the humorous SNL sketch “How’s He Doing?” featuring Chris Rock and Kenan Thompson: