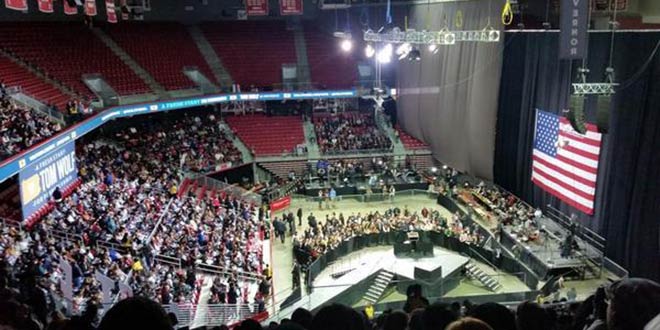 Two days before a make-or-break national election, President Obama stopped by Philadelphia to campaign for Democratic gubernatorial candidate Tom Wolf. Speaking at Temple University’s Liacouras Center, which can accommodate just over 10,000 people, something about Obama’s stump speech left everyone stumped: the crowd size.

In a complete departure from the massive throngs of worshippers who clamored to see Barack Obama speak in 2008, when he vowed to slow the rise of the oceans and heal our planet, the two-term President struggled to fill half of the arena in Philadelphia on Sunday.

It’s almost as if “Hope and Change” and promises of planetary rehabilitation only got Obama so far. Now he has to actually do something in order to slow the rise of discontent at his job performance, and heal his Presidency.

Check out this blurb from Fox News’ Ed Henry, who reported on Obama’s half-empty arena in Philly: