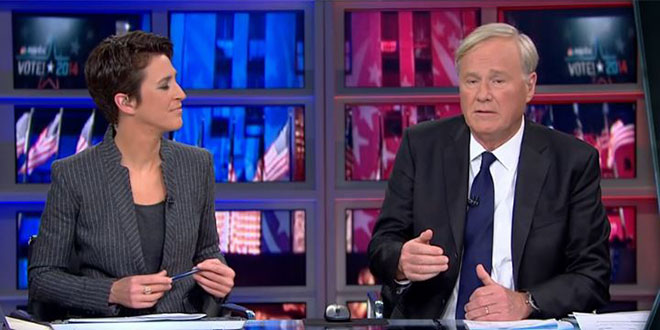 Nowhere was the disaster more apparent than on Progressive cable news network MSNBC. If you happened to tune in that night and catch the on-air antics of Chris Matthews and Rachel Maddow, co-hosts of MSNBC’s 2014 election night coverage, then you likely saw their looks of displeasure, disgust, and outright disbelief at the Republicans’ historic landslide victory.

For those of you who didn’t see MSNBC’s election coverage last Tuesday, which would be everyone except for the immediate family of Chris Matthews and Rachel Maddow, then this next line is for you.

All I can say is that it’s good eatin’. Check out the video here: