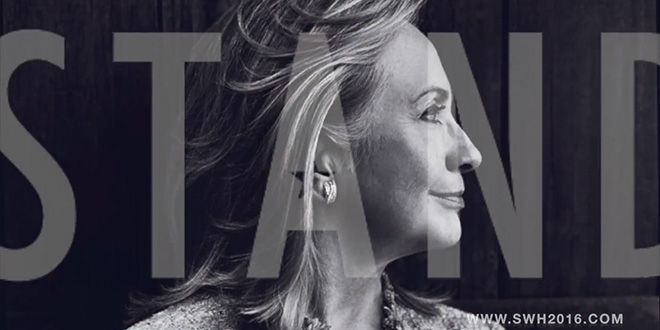 At some point in time, our universe split off into a parallel reality where up is down, black is white, and where dogs and cats live together. How do I know? Because Hillary Clinton has a country song.

That’s right, Hillary Clinton now has her very own country song that she is using as a promotional vehicle for her 2016 Presidential bid. The song and its accompanying music video were commissioned, produced, and released by pro-Clinton super PAC Stand with Hillary.

It’s everything that you might expect from a Hillary Clinton country song: it’s folksy, it’s down-home, and it’s full of Southern charm.

And nothing screams out “full of Southern charm” like Hillary Rodham Clinton. You know, like when she gave this speech and faked having a Southern accent:

The Hillary Clinton country song, called “Stand With Hillary,” is a bizarre phenomenon. It’s like something straight out of Green Acres. It starts out showing typical farm life. There are images of classic Americana everywhere: barns, tractors, wide open countryside. It’s an ode to the Heartland of America. Basically, you feel like you’re watching a Ford F-150 commercial.

And then the chorus kicks in:

She fights for country and my family, now it’s time for us to stand up… with Hillaryyyy… Hillaryyyy…

A side view of Hillary is shown, and the whole rural thing is blown. It’s like Eva Gabor popped in and started crapping all over the song, whining about city streets and penthouse views: “Dah-ling, I love you, but give me Park Avenue.”

It’s pretty jarring, and it is 100% proof that we are living in Bizarro World. The only thing stranger would be if Mitt Romney’s campaign were to release a Mitt Romney rap video. Actually, that would be bad-ass and would probably get him elected.