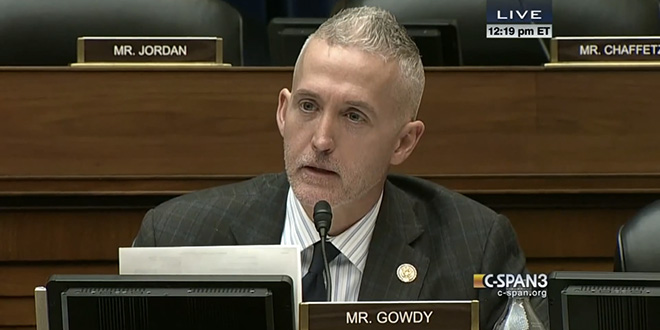 Today, MIT Professor and paid Obamacare consultant Dr. Jonathan Gruber appeared before the House Oversight and Government Reform Committee to address comments that he made during the drafting of the Affordable Care Act which indicated that deceptive measures were used to pass President Obama’s landmark health care bill.

During the committee hearing, Rep. Trey Gowdy (R-SC) used his allotted time to grill Dr. Gruber over insulting comments that the professor made on numerous occasions in the past referring to American voters as “stupid.”

Watch Trey Gowdy grab a hold of Jonathan Gruber like a pitbull and tear him a new one: