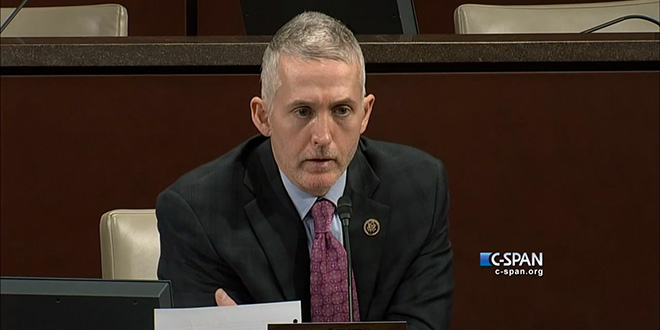 When former prosecutor and current Chairman of the House Select Committee on Benghazi Trey Gowdy grills someone who is giving their testimony before Congress and who is being less than cooperative in the process, it is a thing of beauty to behold.

Today’s session of the House Select Committee on Benghazi proved that the statesman from the 4th District of South Carolina has not lost his touch.

In the clip below, watch Trey Gowdy absolutely annihilate Joel Rubin from the State Department for trying to weasel his way out of cooperating with the Congressional committee’s numerous attempts to get to the bottom of what really happened at the U.S. consulate in Benghazi, Libya, on Sept. 11, 2012: