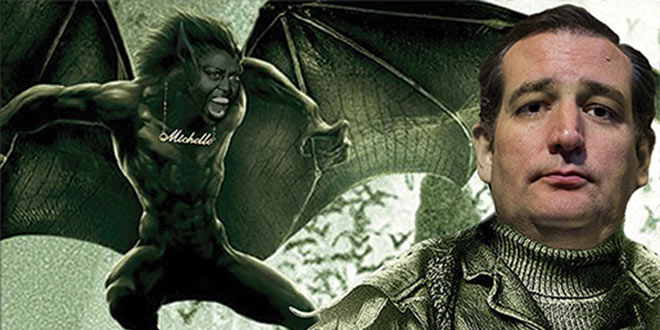 Senator Ted Cruz (R-TX) wears many hats: he is a statesman, a father, a filibusterer, and he also happens to be one of the chief defenders of the U.S. Constitution. Today, he can add a new job title to his résumé:

Kinda has a nice ring to it.

In case you hadn’t heard, HBO’s True Blood aired an episode on Sunday in which a fictitious fundraiser for Ted Cruz turned into a bloodbath as numerous Republican attendees were slain by murderous, blood-sucking vampires.

It’s possible that Valerie Jarrett consulted on the episode.

Yesterday, Cruz took to Facebook and responded to HBO as follows:

Of all the places I never thought to be mentioned, HBO’s True Blood vampire show would have to be near the top of the list. Sunday night, they aired a misogynist and profanity-ridden episode where Texas Republicans are murdered attending a “Ted Cruz fundraiser.”

Well, I’m sorry to have lost the vampire vote, but am astonished (and amused) that HBO is suggesting that hard-core leftists are blood-sucking fiends….

One person who shares Ted’s frustration is L.A. street artist Sabo, who created the iconic “Tattooed Ted Cruz” poster back in March: 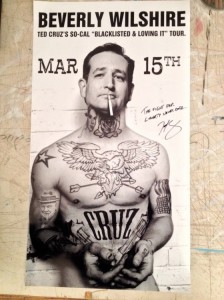 The poster depicts the Texas Senator in full vampire-hunting regalia, armed with an ornate rifle and wearing a sticker that says “True Blood Sucks.”

The artwork takes on targets besides HBO and True Blood, including RINO Republicans, the bane of Ted Cruz’s existence (outside of the Democratic party). A button on Cruz’s vest conveys the message of “No rhinos.”

In an unexpected and hilarious twist, the poster also lampoons First Lady Michelle Obama, who was recently called out by comedienne Joan Rivers as being transgendered.

The poster shows the HBO logo, under which is the slogan “Welcome to Trannyvania,” and features Michelle Obama depicted as a frightening, winged (and masculine) vampire bat in active pursuit of Cruz.

It wouldn’t be the worst thing that he’s faced.

Check out the “Ted Cruz: Vampire Slayer” poster below: 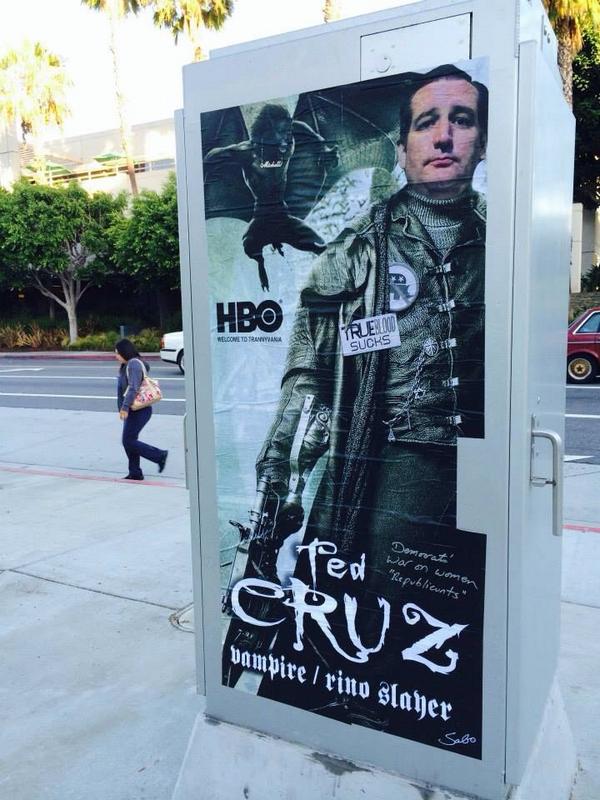 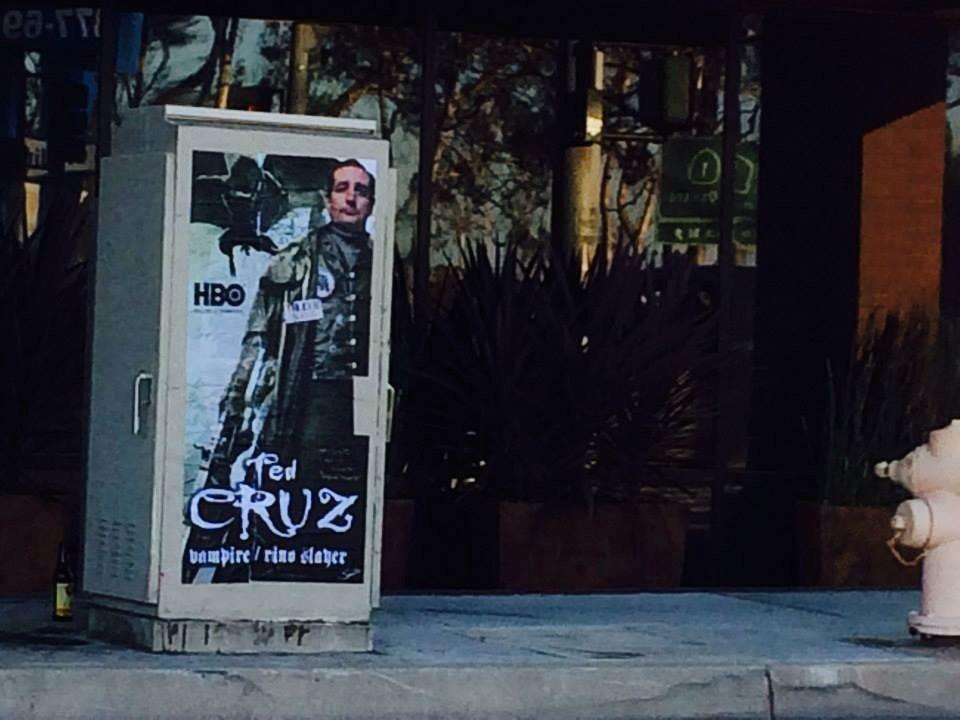