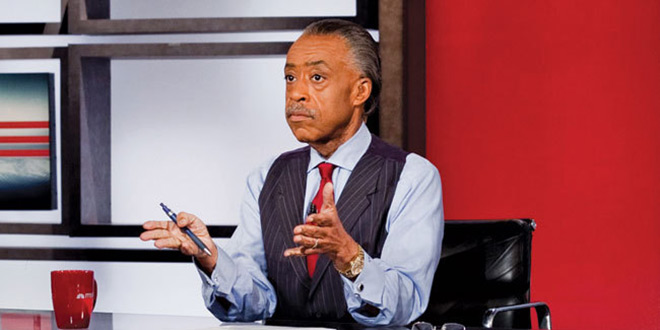 Are you smarter than a 5th grader?

That’s the question that MSNBC host Al Sharpton should be asking himself right now.

Sharpton, the infamous race-baiting reverend and head of MSNBC’s ailing PoliticsNation, is not exactly known for his eloquence.

In fact, he is notorious for grappling on-air with his teleprompter, fumbling and stumbling his way through such challenging words as “giddy,” and bungling such complex phrases as “iced tea and Skittles.”

Fortunately for us, Sharpton’s basic reading skills have not improved. Today, the latest installment in the “Al Sharpton Versus The Teleprompter” series, Volume 3, was released, and it does not disappoint.

Check out FBI rat Al Sharpton continue his epic struggle against the teleprompter (and lose). Here’s the video:

And in case you missed them, here are links to “Al Sharpton Versus The Teleprompter” Volume 1 and Volume 2, which feature equally-impressive battles between Al and the English language.