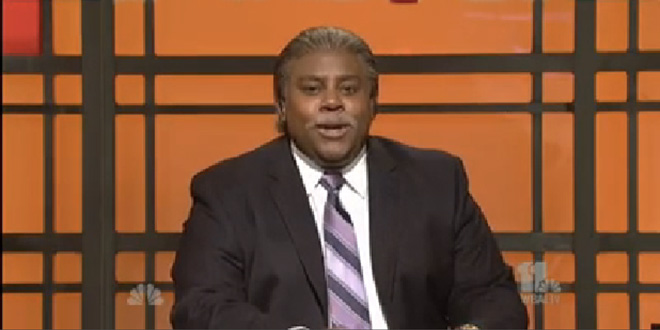 In the sketch, Sharpton, played by SNL cast member Kenan Thompson, is hilariously mocked for his legendary teleprompter-reading difficulties, and is depicted stumbling and fumbling his way through coverage of the Eric Garner story.

As SNL’s Sharpton attempts to report on the latest developments in the Garner case, he unknowingly butchers the simplest of terms like “dubious,” “two-tiered,” and even “St. Louis.”

Check out the awesome SNL spoof of MSNBC’s PoliticsNation with Al Sharpton, which is infinitely more watchable than the real PoliticsNation: