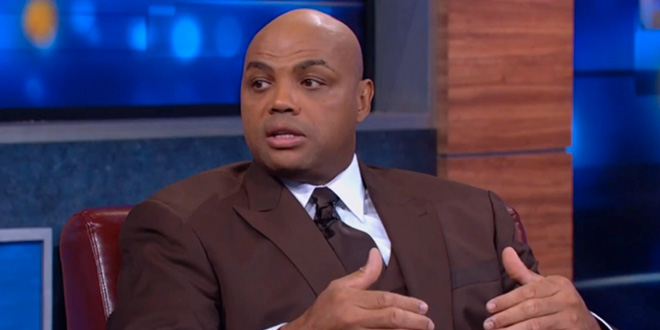 Television NBA analyst and former NBA All-Star Charles Barkley gave a radio interview last month that is only now starting to gain attention, and boy is it pissing off the left.

On November 25th, Barkley appeared as a guest on Mike Missanelli’s radio show on Philadelphia sports station 97.5 FM The Fanatic. This date happened to be one day after St. Louis County prosecutors announced the grand jury’s decision not to indict Officer Darren Wilson in the shooting death of 18-year-old Michael Brown.

Undoubtedly, Barkley knew that the topic of Ferguson, Missouri, and the ensuing rioting and looting in the area would come up during the interview. When it did, Barkley calmly delivered a very frank and honest response, similar to his 2013 CNBC interview in which he said that he agreed with the George Zimmerman verdict.

Below are some of Charles Barkley’s blunt remarks from the November 25th interview with Mike Missanelli:

There’s a perception among some black people that if you’re not a thug, a hoodrat, if you don’t wear your pants down by your ass, you’re not black enough. And they [are] always holding us back.

I don’t know what happened, man, I just gonna go by the forensic evidence. But, that being said, there’s no excuse for those people to be out there burning down peoples’ businesses, burning up police cars. That serves no purpose.

Predictably, the reactions from the liberal media have been negative, such as this Washington Post article entitled “Charles Barkley is a conservative black hero. But almost everything he says is wrong.”

The response from the right, however, has been one of overwhelming support for Barkley’s comments, as he is one of few African-Americans in the public spotlight to voice opinions like these.

As a result of the media hoopla that has swirled around Charles Barkley since his November 25th appearance on the Mike Missanelli show, the NBA analyst decided to return to the Mike Missanelli show on December 2nd and address peoples’ reactions to his comments. In the December 2nd interview, Barkley stood his ground and did not recharacterize any of his previous positions.

Additionally, Barkley appeared on CNN on December 2nd and sat down for an interview with host Brook Baldwin and further defended his statements. You can watch the video here: