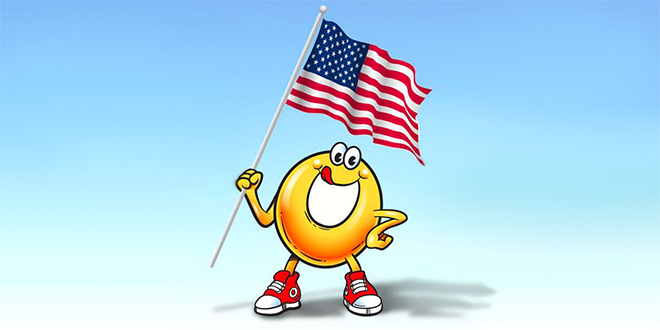 On the 72nd anniversary of Japan’s surprise attack on the US naval base at Pearl Harbor, SpaghettiOs thought that it would be a good idea to mark the solemn occasion by sending out the following tweet: 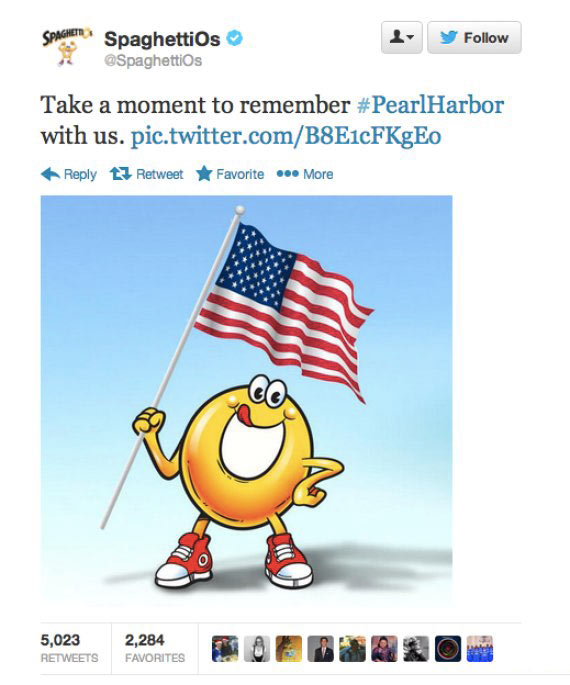 Needless to say, not everyone agreed:

wtf is this RT @SpaghettiOs: Take a moment to remember #PearlHarbor with us. http://t.co/mCb46Tn98q

What the actual fuck is wrong with you people? RT @SpaghettiOs: Take a moment to remember #PearlHarbor with us. http://t.co/U52nS5oq9Y

I remember it being sadder than this in History class RT @SpaghettiOs Take a moment to remember #PearlHarbor with us. http://t.co/03gjyQvkeZ

I think @SpaghettiOs is gonna have an opening for a new social media manager in a few hours.

Even if the SpaghettiOs people may have goofed, remember: FINALLY, canned pasta has weighed in on Pearl Harbor Day!

Even comedian Patton Oswalt jumped onto the SpaghettiOs dogpile:

Dear @SpaghettiOs: Genuinely afraid to scroll back & see what you Tweeted on the 50th anniversary of JFKs assassination. — Patton Oswalt (@pattonoswalt) December 7, 2013

“I know how we’ll fix this! Somebody photoshop Mr. O shaking hands with Mandela!” — damage control at the @SpaghettiOs Twitter feed

Patton Oswalt’s suggestion that Mr. SpaghettiO be Photoshopped was all that people needed, and the Photoshop floodgates were suddenly thrust wide open: 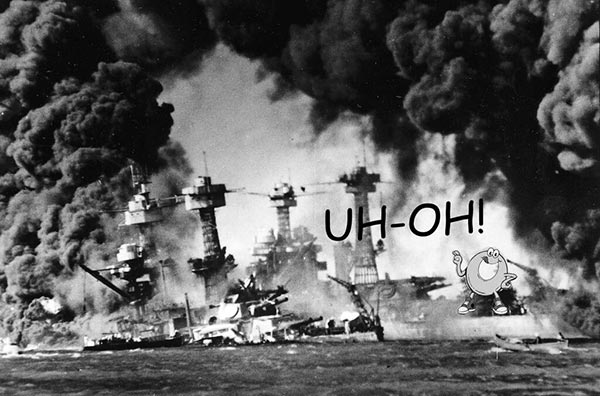 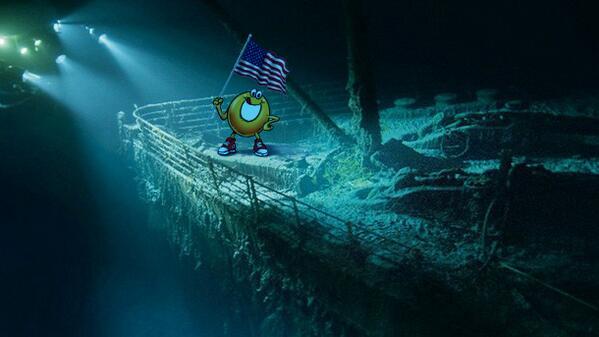 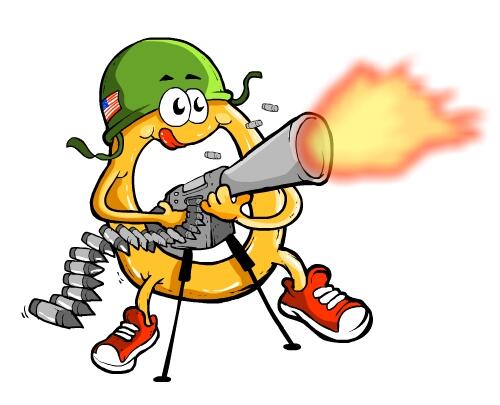 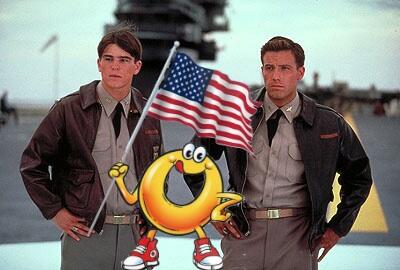 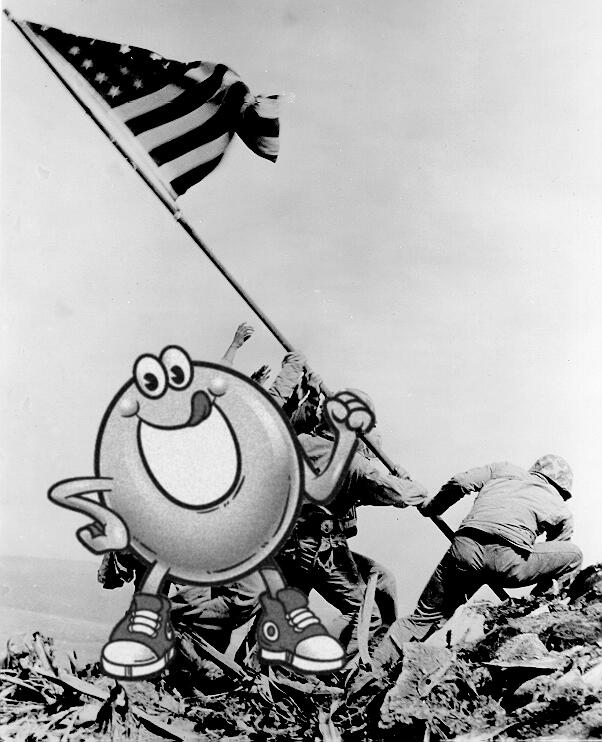 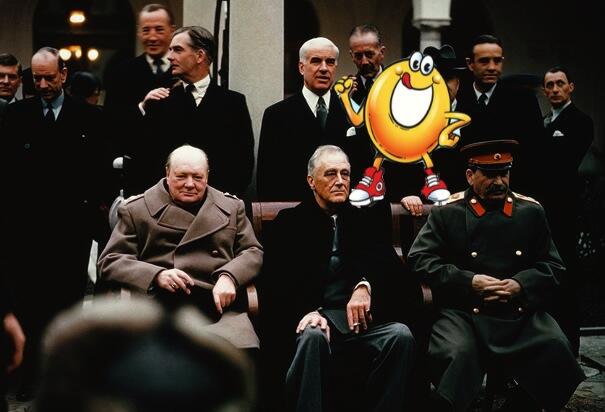 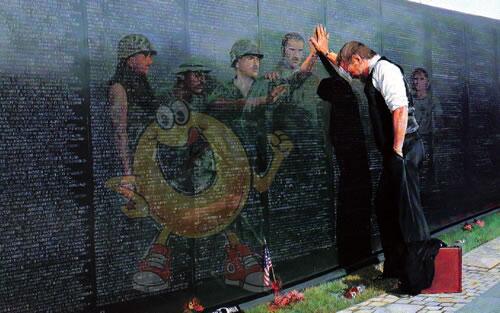 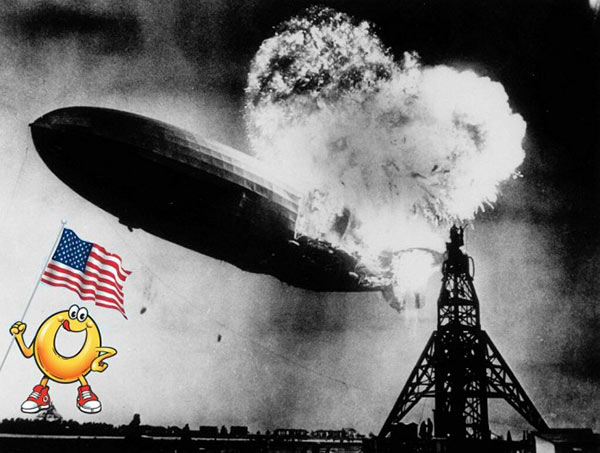 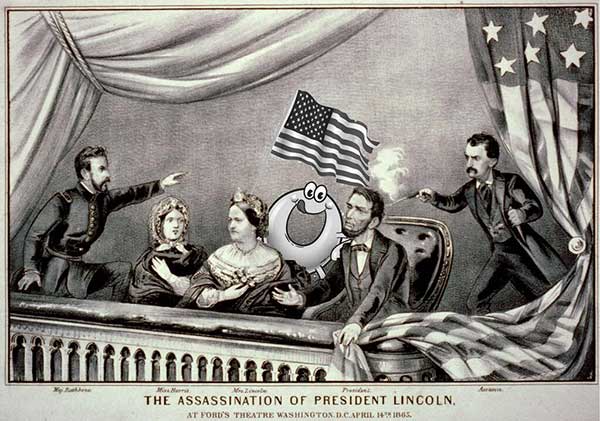 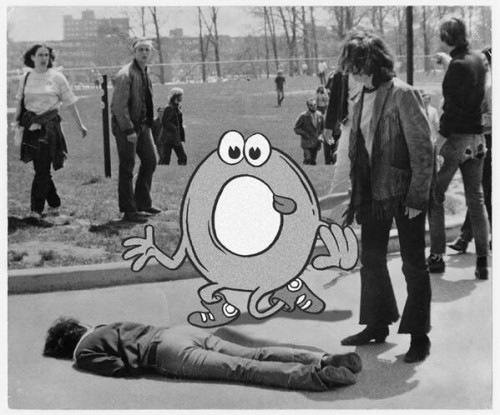 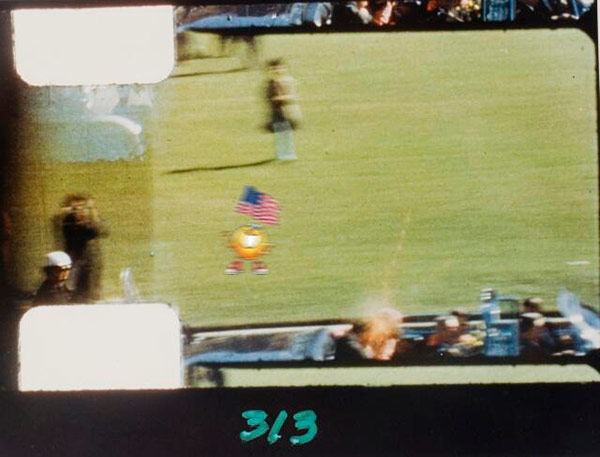 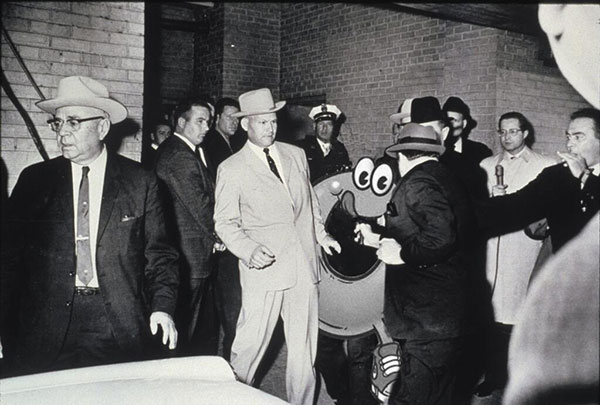 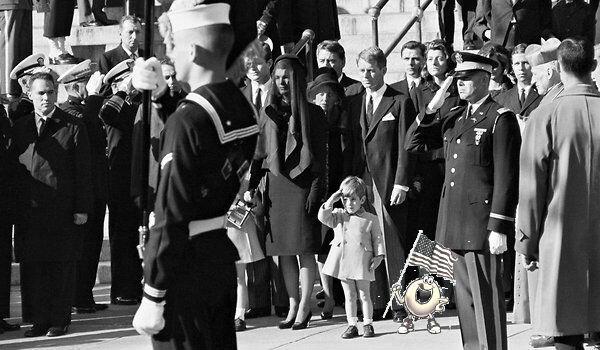 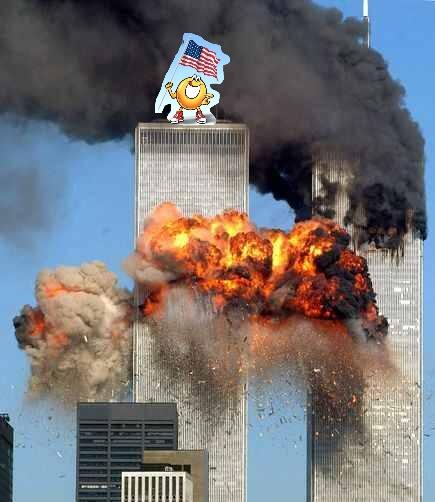 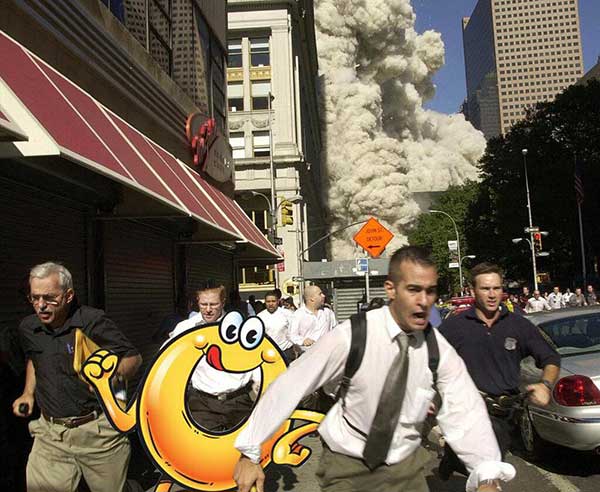 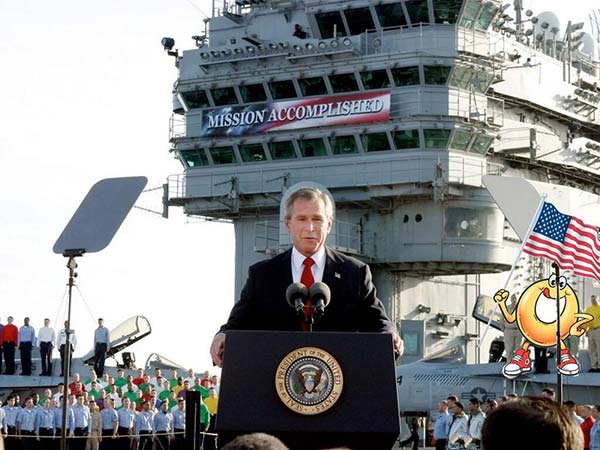 All of this proved to be too much for SpaghettiOs, who sent out the following apology tweet:

We apologize for our recent tweet in remembrance of Pearl Harbor Day. We meant to pay respect, not to offend.

Some folks thought that SpaghettiOs might have actually benefited from this “bad publicity.”

Yeah, yeah, keep laughing, but I bet you guys hadn’t thought of @SpaghettiOs in years until yesterday.

SpaghettiOs, that’s what your Pearl Harbor tweet should have been: 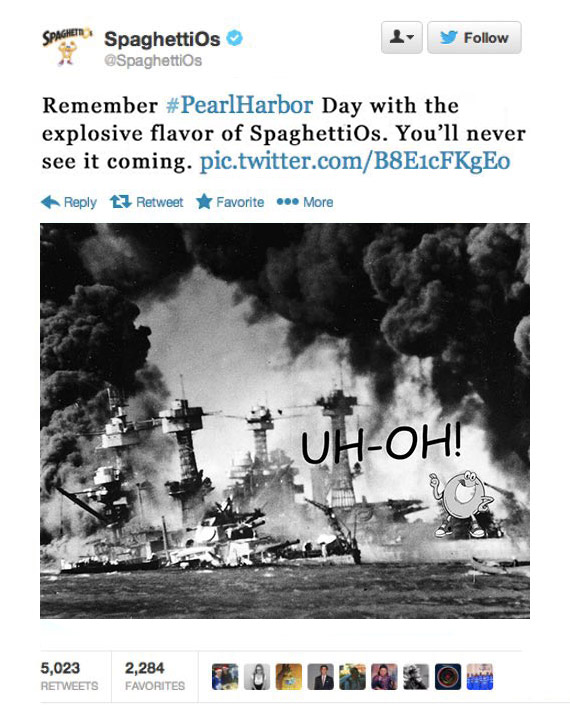