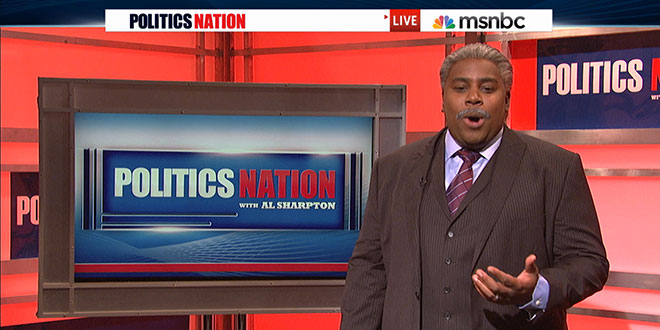 The two discussed the slightly improved, but still suffering, Obamacare website Healthcare.gov. Douchet attempted to discuss the details of the healthcare program’s recent successes, but Sharpton just got lost in the whole conversation and rambled on incoherently and flubbed teleprompter lines. It’s an extremely accurate portrayal of the real “Politics Nation.”