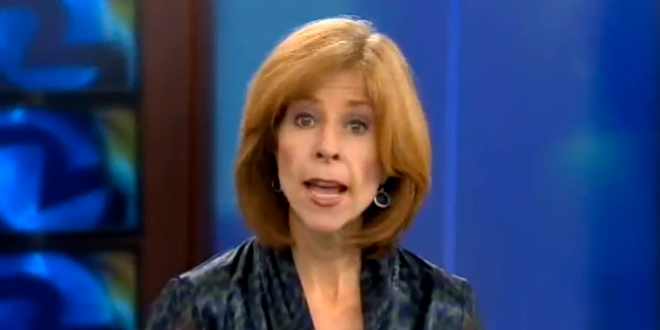 After all, they never contain misspelled words, incorrect phrases, or wrong names.

But the midday news crew at KTVU TV, a Bay Area Fox affiliate, learned the hard way that this is not always the case, and that you should always proofread content before it makes it on the air.

Yesterday, KTVU News reported on the latest development in the July 6th crash of US-bound Asiana Airlines Flight 214 from Seoul, South Korea to San Francisco International Airport. KTVU co-anchor Tori Campbell covered the story during the station’s noontime broadcast and announced that the NTSB had just released the names of the airline pilots, reading them aloud and sounding out the foreign-looking names for the first time. What she did not realize was that the names as confirmed by the NTSB were not real. They were completely fake, made up by an intern at the NTSB who intended on playing a tremendous prank on the news media.

And the prank succeeded in spectacular fashion.

Truthfully, Ms. Campbell should have known that something was awry when she saw these names displayed on her teleprompter:

Yet, she proceeded to recite the phony pilots’ names as they appeared on screen. Here’s the video:

Both KVTU and the NTSB have since apologized for their errors in written statements. Tori Campbell issued an on-air apology.

Predictably, media outlets like the Huffington Post, MSNBC, and the LA Times insist that the fake pilots’ names are racist in nature. If so, then this SNL sketch from December 7th, 2002, in which Robert De Niro, playing a Homeland Security agent, asks the American people to be on the lookout for such nefarious terrorists as M’Balz Es-Hari, Haid D’Salaami, and Hous Bin Pharteen, is racist as well:

In fact, everything is racist. At least, that’s what Chris Matthews’ teleprompter told me.

And I always trust a teleprompter.

UPDATE (7-15-13): Asiana Airlines has announced that it is going to sue KTVU to “strongly respond to its racially discriminatory report” which disparaged Asians, Asiana spokeswoman Lee Hyomin said. She said that the airline will likely file suit in U.S. courts:

It takes a lot of gall to sue someone for misconduct after you yourself have just crashed one of your own airplanes.

UPDATE (7-17-13): Asiana Airlines has decided to scrap the idea of suing KTVU for reading aloud the list of faux pilots’ names as supplied by the NTSB. Although the station’s news report “seriously damaged” the airline’s reputation, they are likely going to focus on their “seriously damaged” reputation resulting from the plane crash itself.