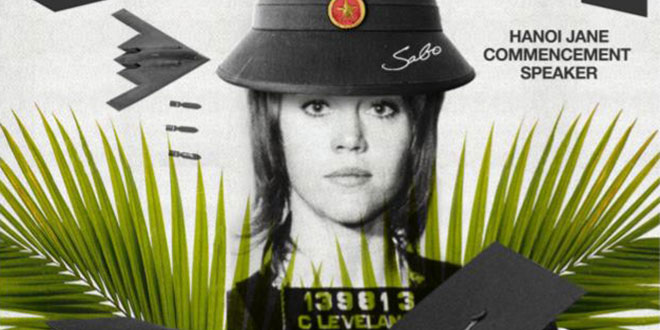 A week before Jane Fonda is scheduled to give the commencement address to graduates of UCLA’s prestigious School of Theater, Film and Television, the campus is already ready for her. Or rather, the decorations have already been put up.

Sabo, the conservative street artist whose work we have featured before (e.g. he did the Abortion Barbie Wendy Davis posters, the Obama Sub Par posters, the Breitbart California posters, and the tattooed Ted Cruz posters), is at it again.

As Breitbart reports, the controversial artist has created a new poster to properly introduce the actress-turned-activist to the young grads in a manner more familiar to their parents: as “Hanoi Jane.”

Fonda earned this moniker during the height of the Vietnam War when she opted to protest the conflict by traveling to North Vietnam’s capital city, where she gave multiple radio interviews denouncing the American soldiers as “war criminals.” The trip culminated in her posing for pictures with the North Vietnamese Army while seated upon an NVA anti-tank battery and wearing the helmet of a North Vietnamese soldier.

Sabo has capitalized on the “Hanoi Jane” imagery perfectly in his latest series of posters, which feature Fonda wearing an NVA helmet accompanied by the phrase:

The street art has been plastered on traffic signal boxes in the Westwood area of Los Angeles near the UCLA campus in anticipation of Fonda’s arrival.

Here is a look at Sabo’s “Hanoi Jane” posters: 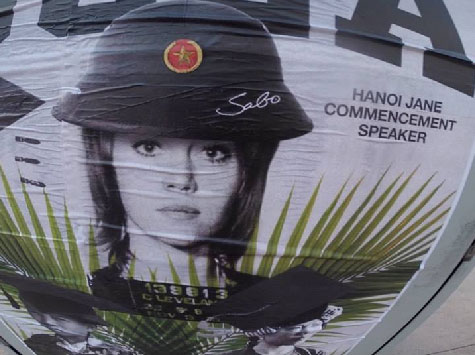 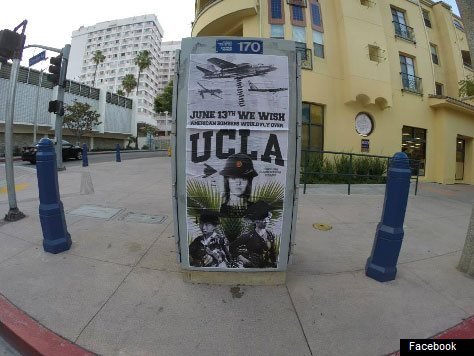 Here is a short video clip of the street art posted on Sabo’s Facebook page: