It’s no secret that President Obama loves to use drones to do his dirty work. He has utilized them on countless occasions to take out terrorist forces and other dangerous insurgents operating on foreign soil.

Domestically, however, Obama employs drones of a different sort: human drones. You know, the kind that you see on TV mindlessly plugging Obama’s failed policies in blind obedience to the President? 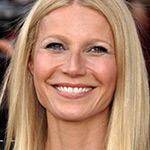 Well, it looks like the President has a new “Obama drone” to deploy this campaign season: Gwyneth Paltrow.

On October 9th, the Iron Man actress will host a Democratic National Committee fundraiser at her Brentwood home, an event to be attended by President Obama himself. Tickets to the star-studded gala range from $1,000 to over $32,000, which is not at all hypocritical for the party of the poor.

One person who has repeatedly called out these “Obama drones” is conservative L.A. artist Sabo, who creates provocative street posters satirizing the left and plasters them on lamp posts and signal boxes in the Los Angeles area.

Sabo’s past work includes the Wendy Davis Abortion Barbie posters, the Breitbart California posters, and the Tattooed Ted Cruz posters, all of which garnered national media attention. You can see all of Sabo’s creations at his website: unsavoryagents.com.

One of Sabo’s ongoing series is the “Obama Drone” posters, each of which features a liberal entertainer known for being a loyal Obamabot, with a Predator-style drone flying in the background accompanied by the caption “Obama Drone.”

We can now add one more “Obama Drone” to that list. Yesterday, Sabo officially released his “Gwyneth Paltrow Obama Drone” poster and plastered multiple copies in the actress’s neighborhood just days before the Obama fundraiser is to be held at her estate. Radar Online wrongly reported that her neighbors were the ones who hung up the posters critical of her.

Without further ado, here are the “Gwyneth Paltrow Obama Drone” posters in all their glory: 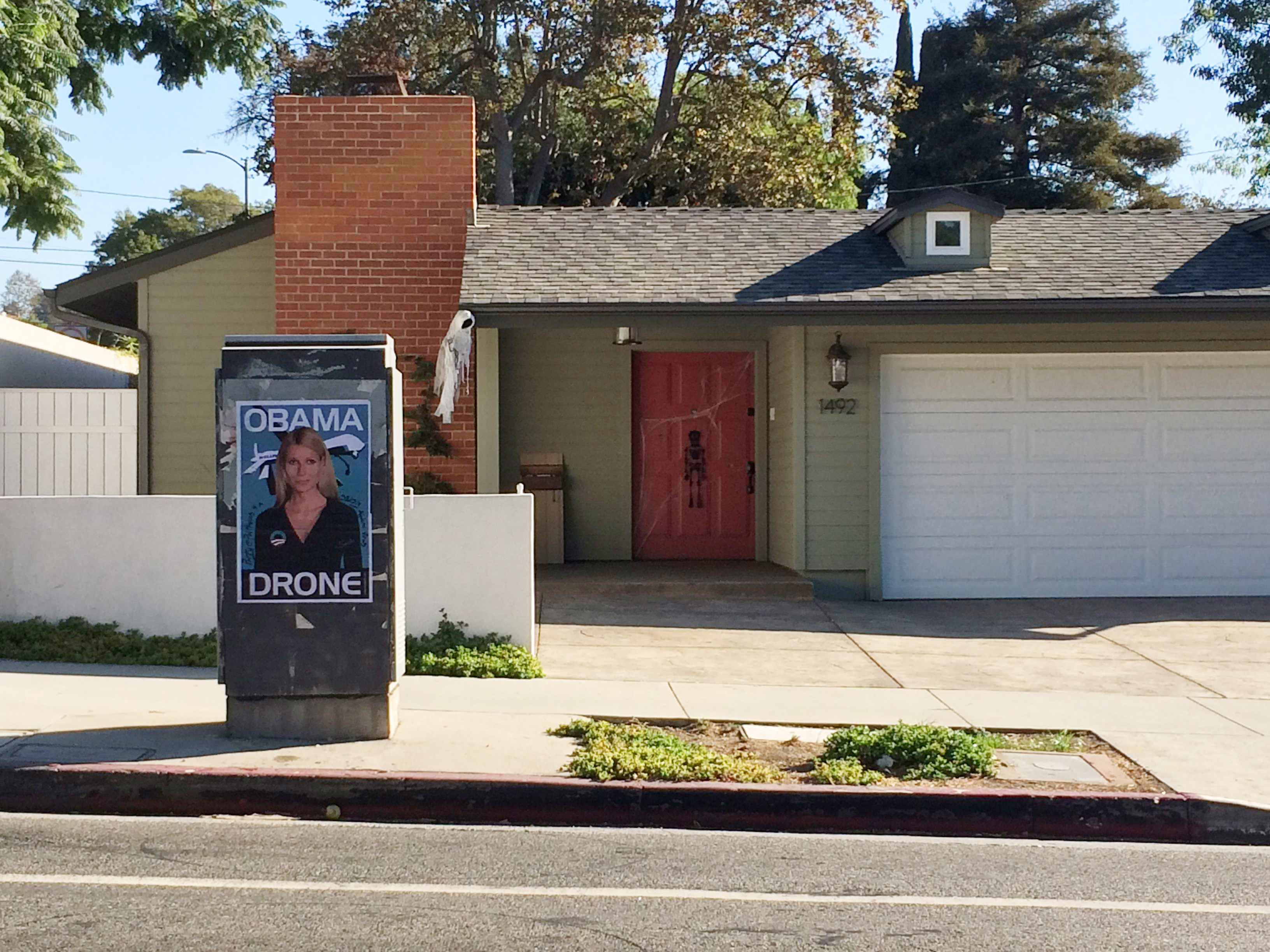 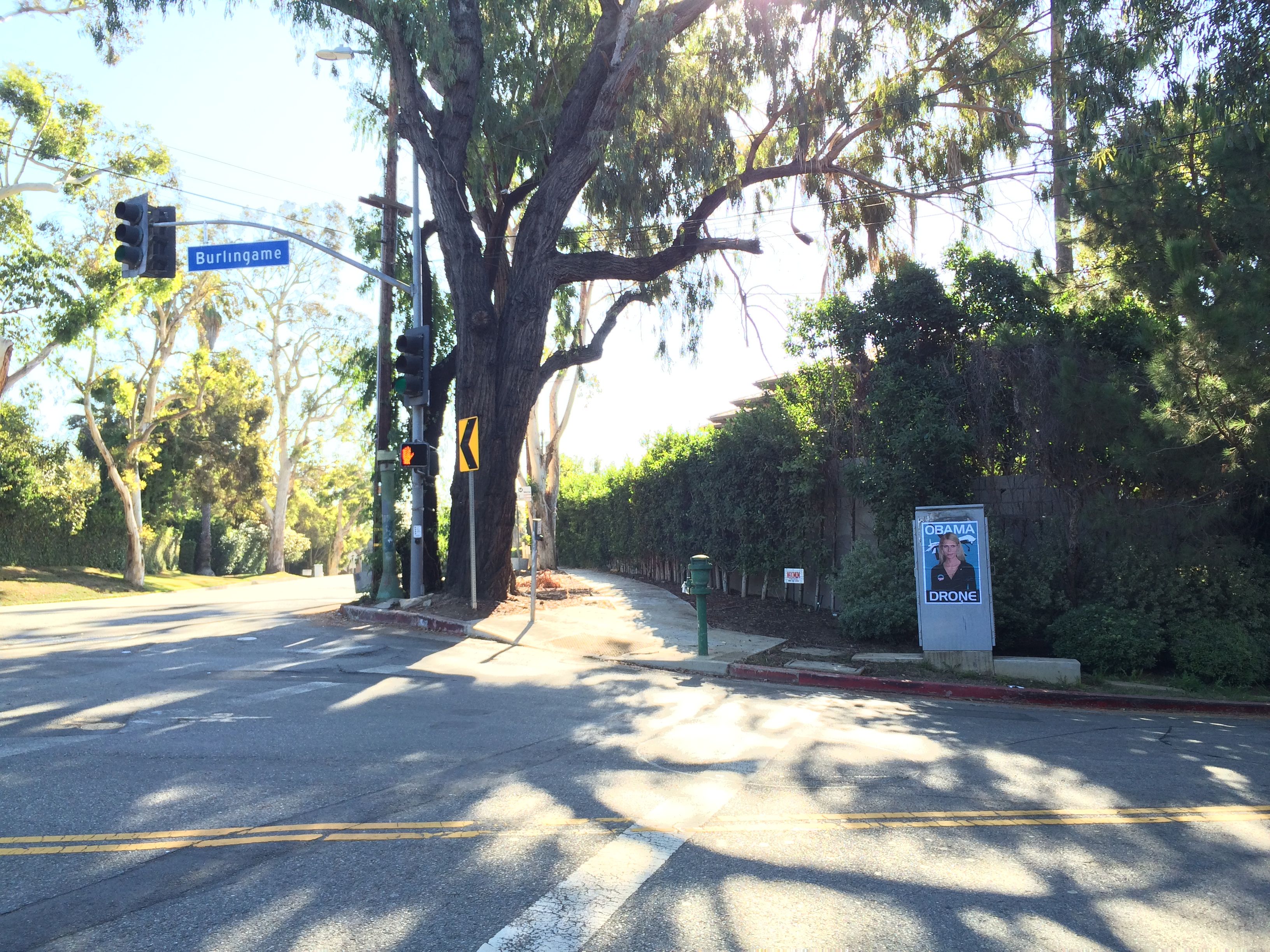 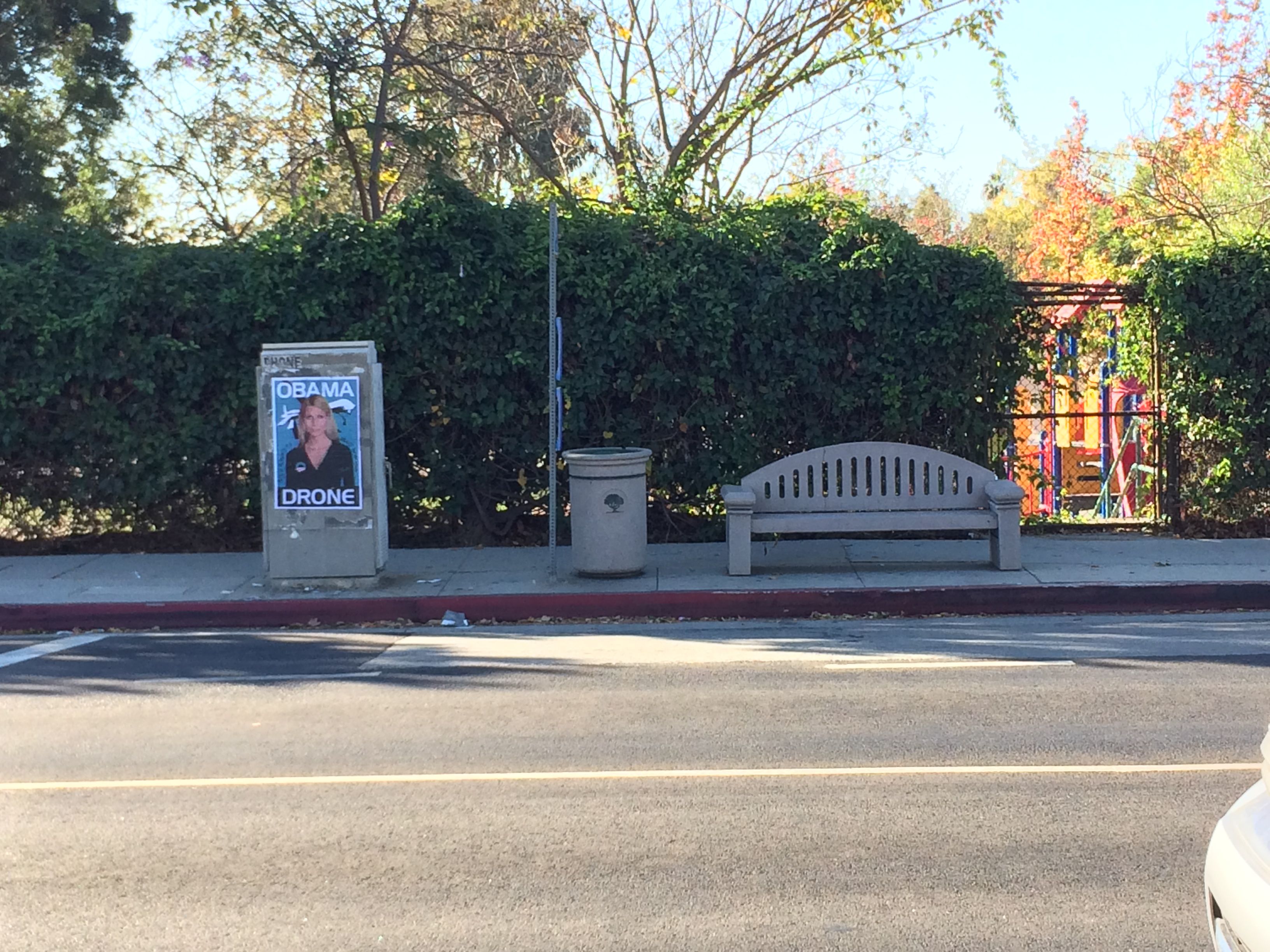 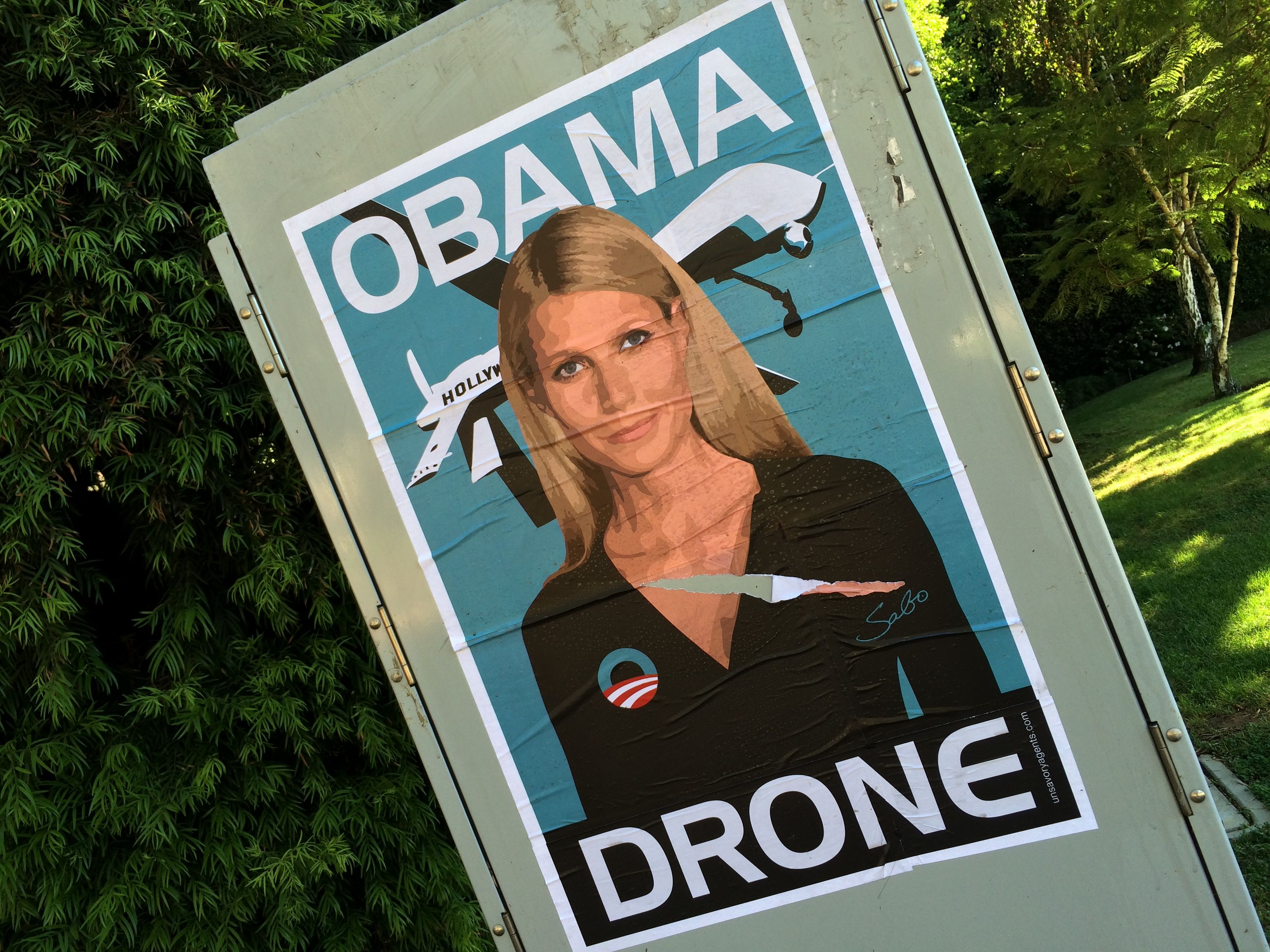 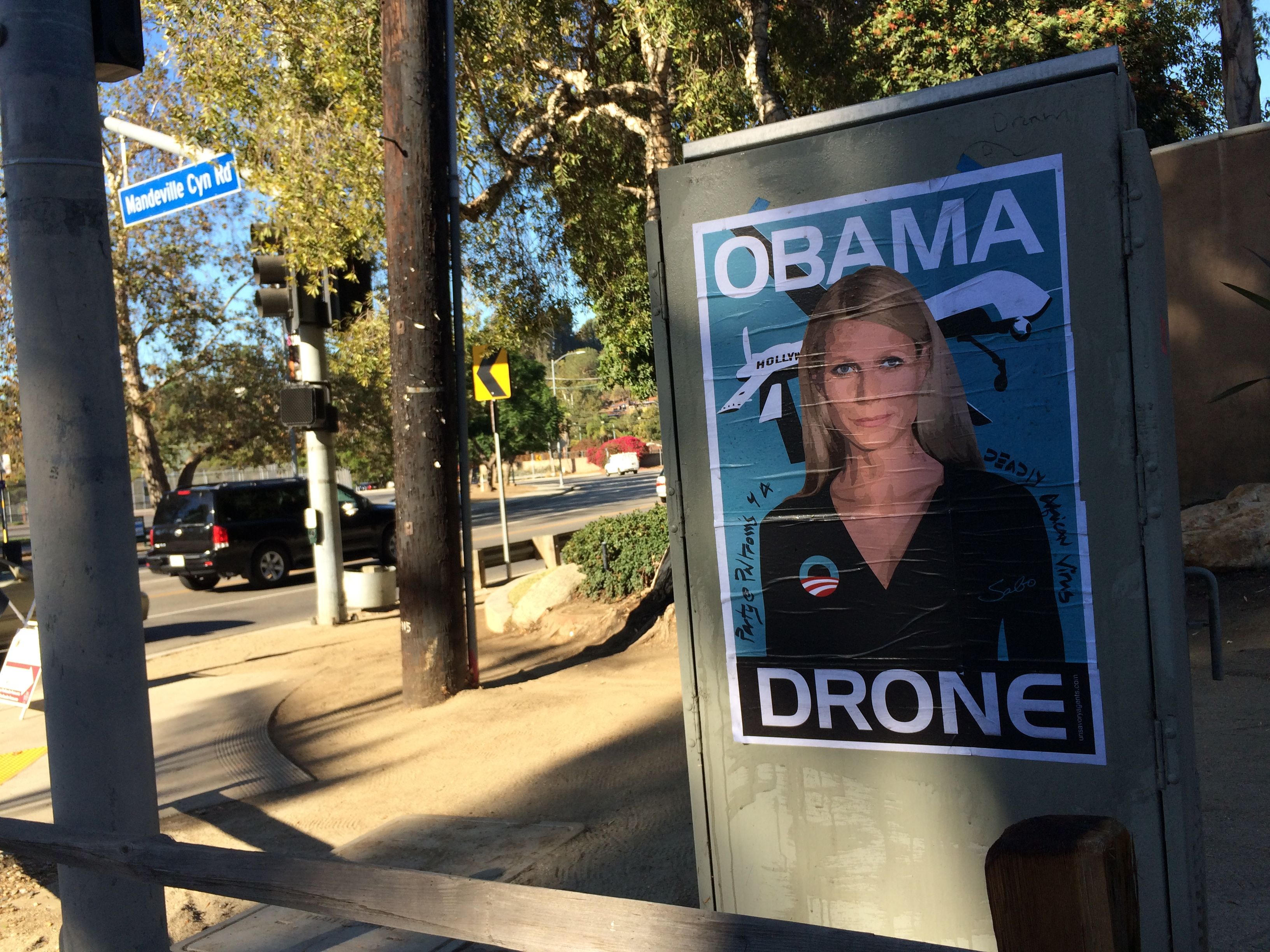 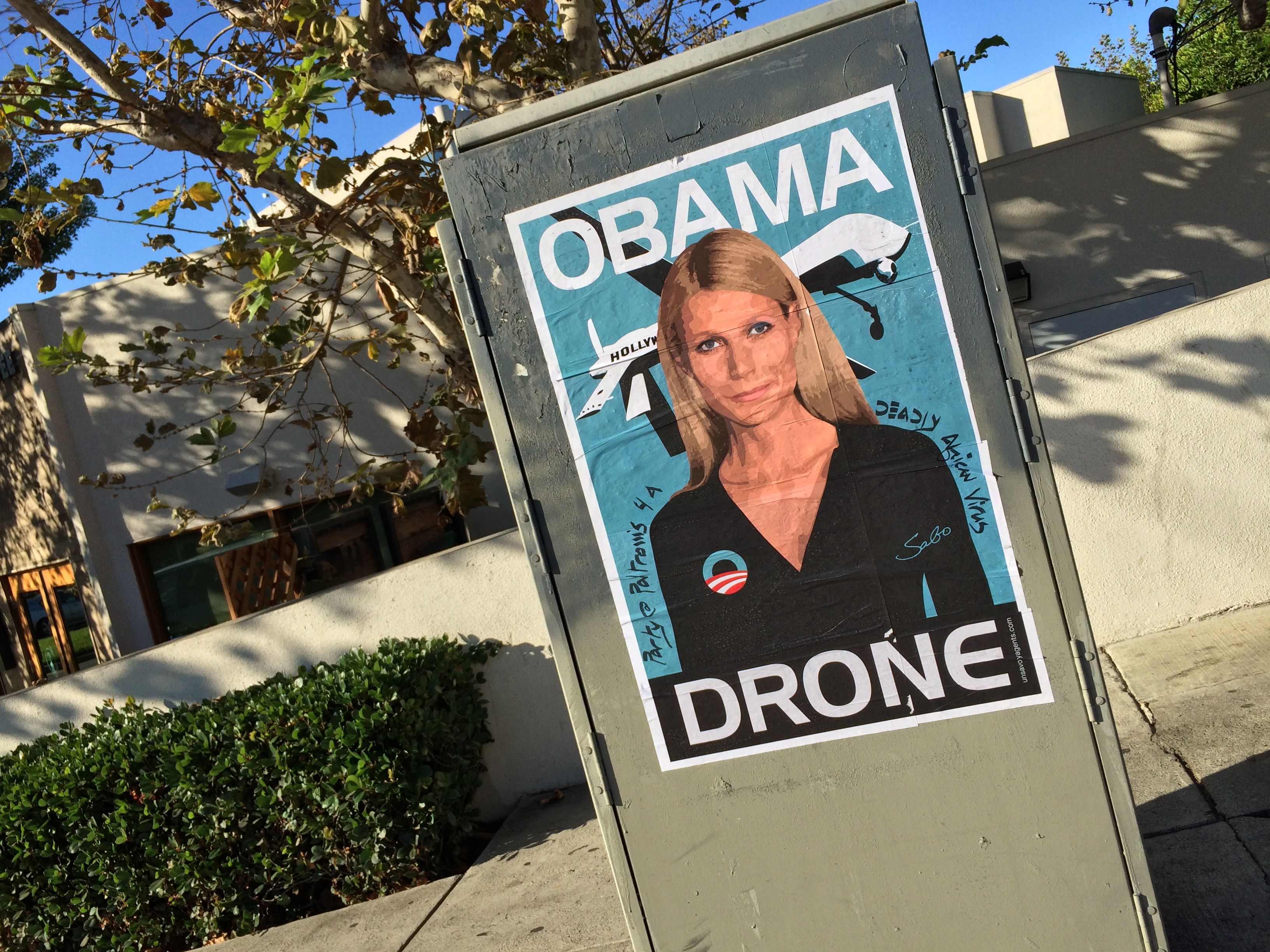 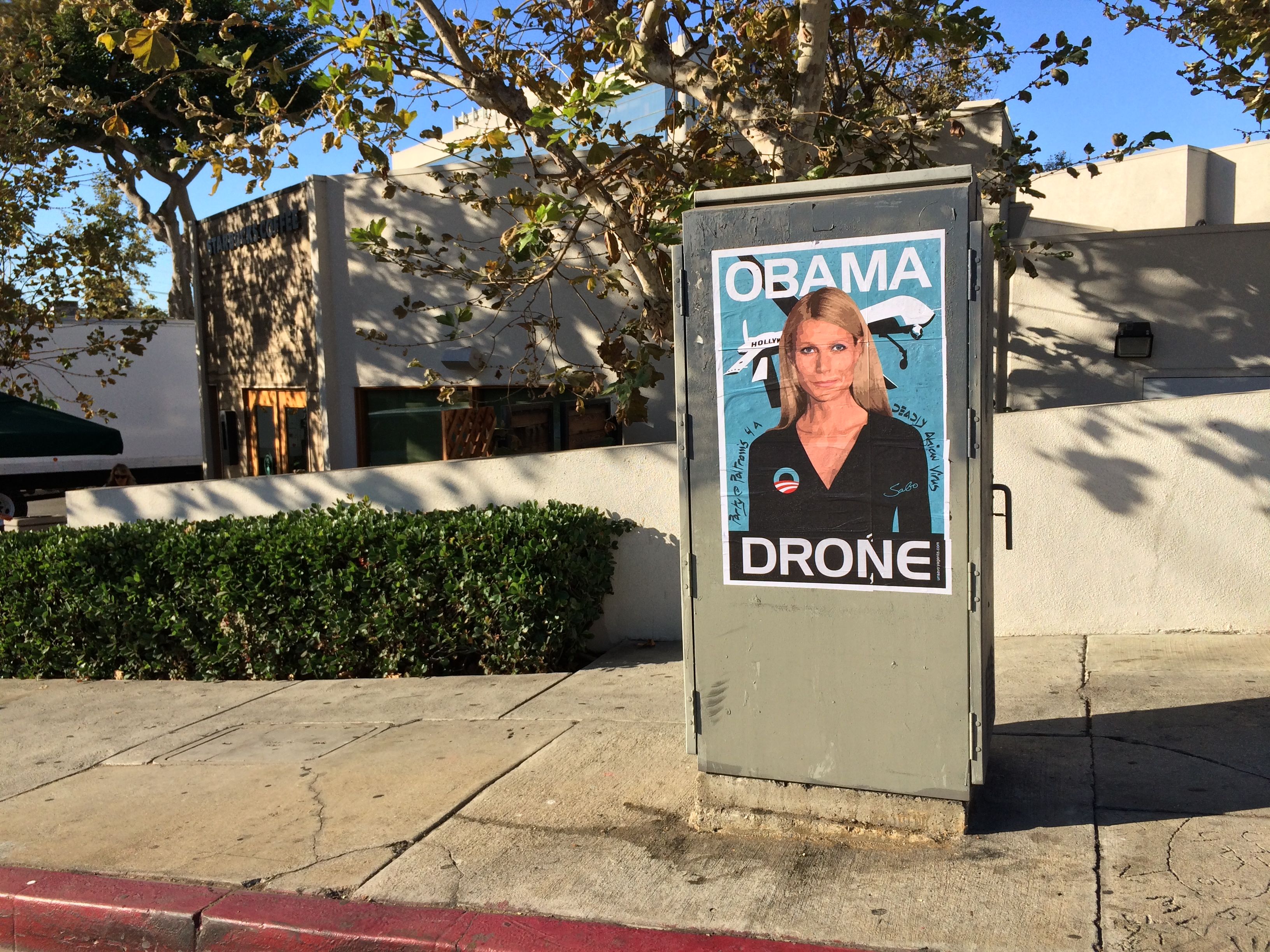 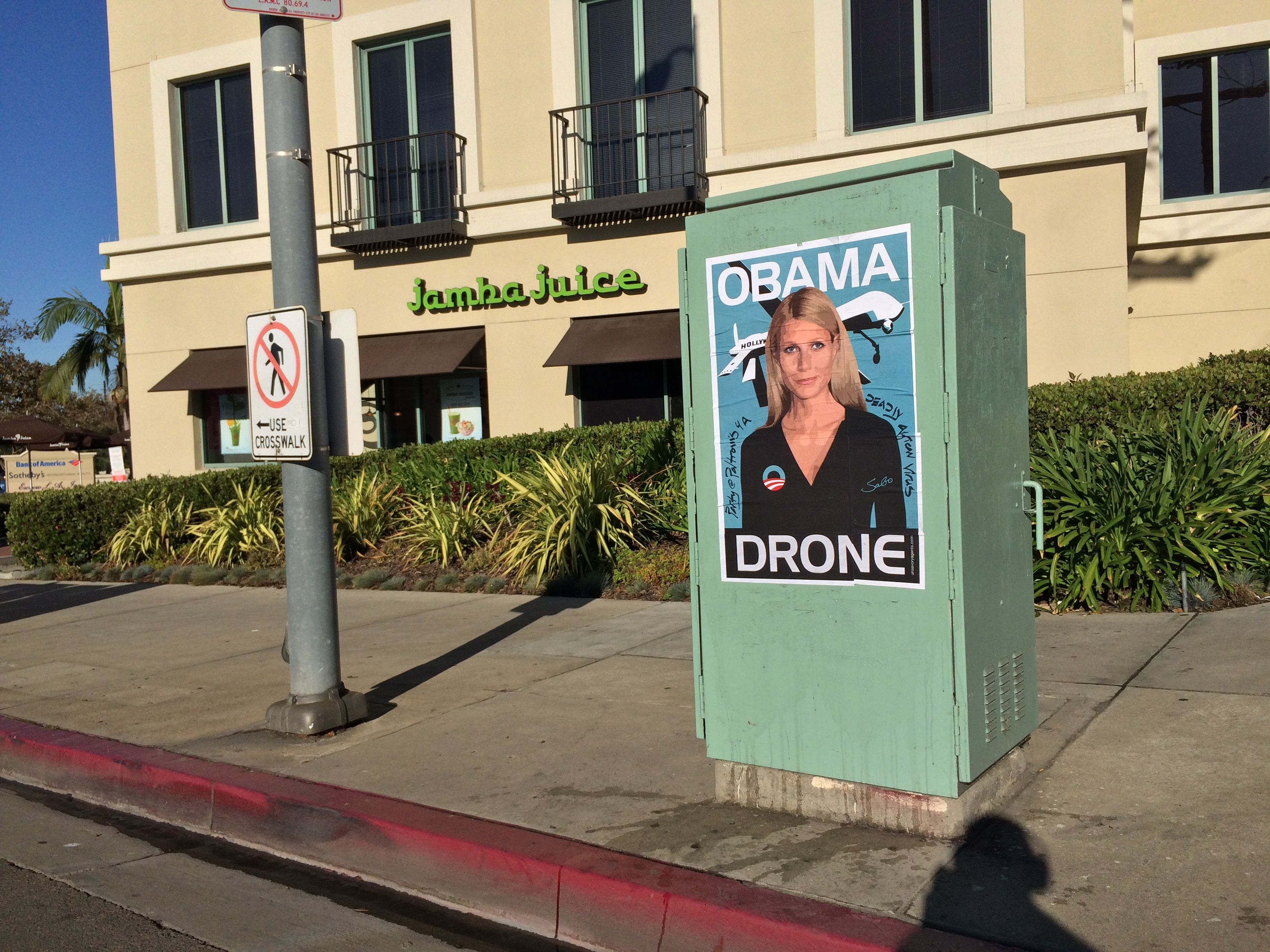 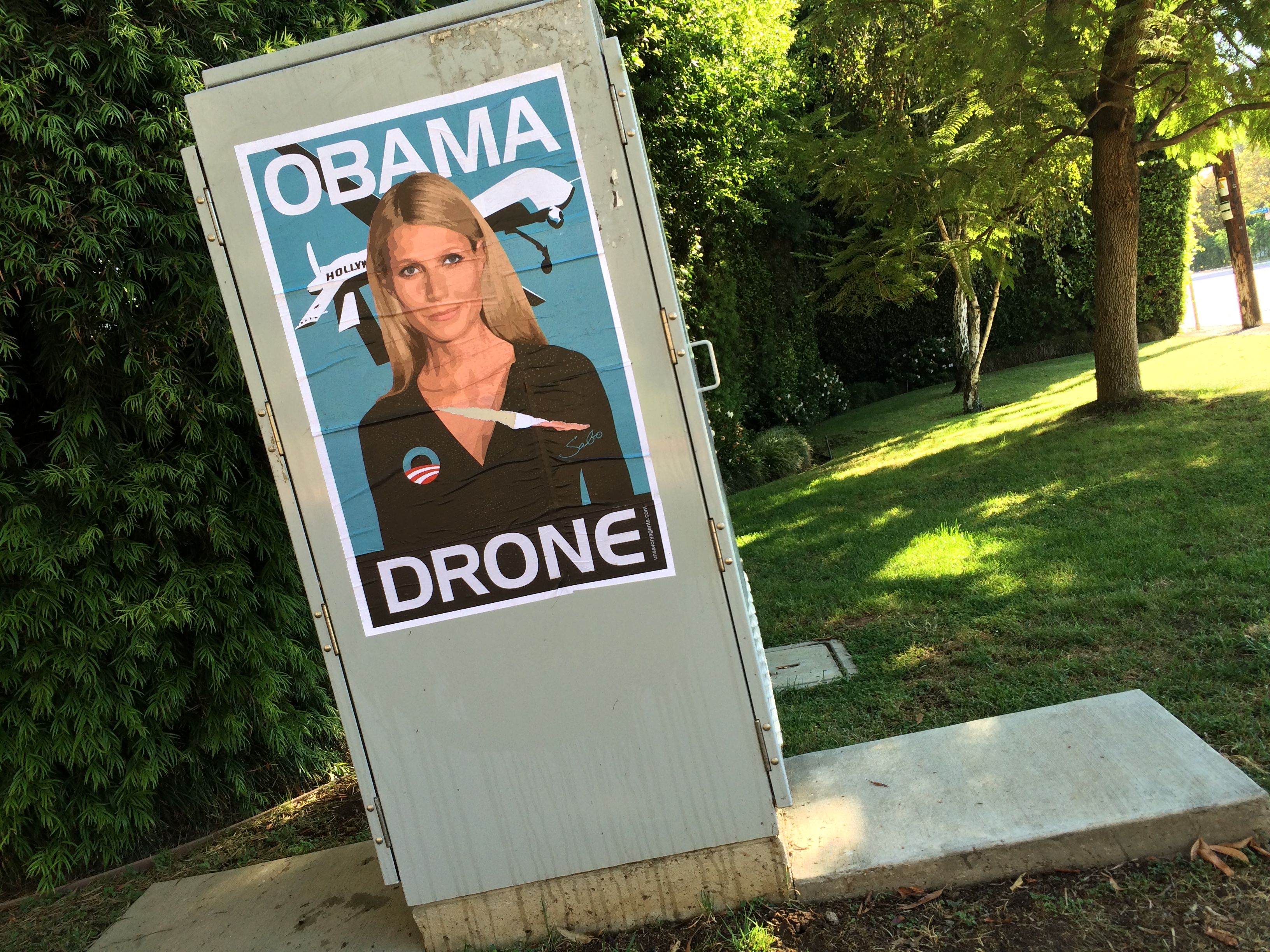 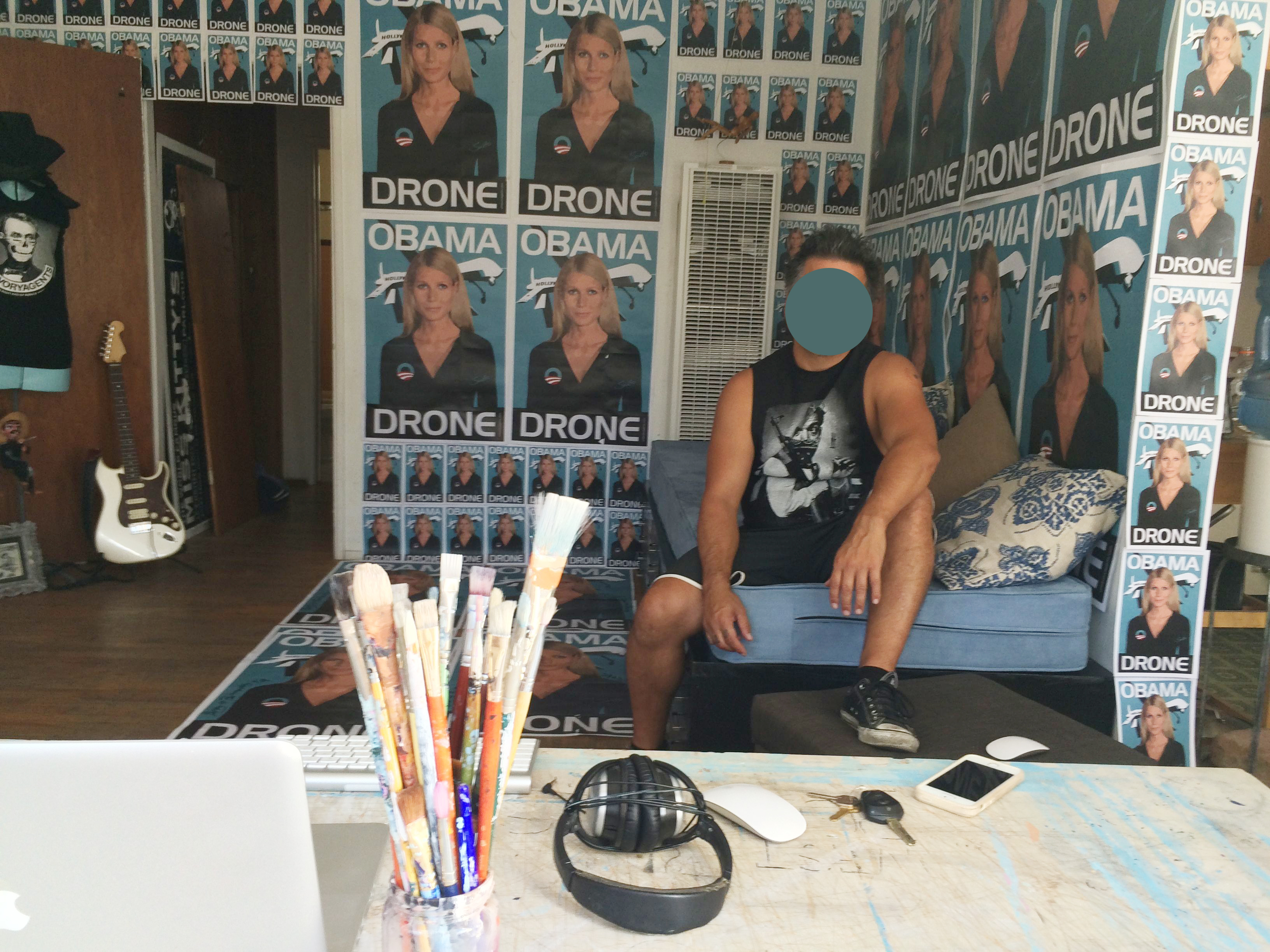 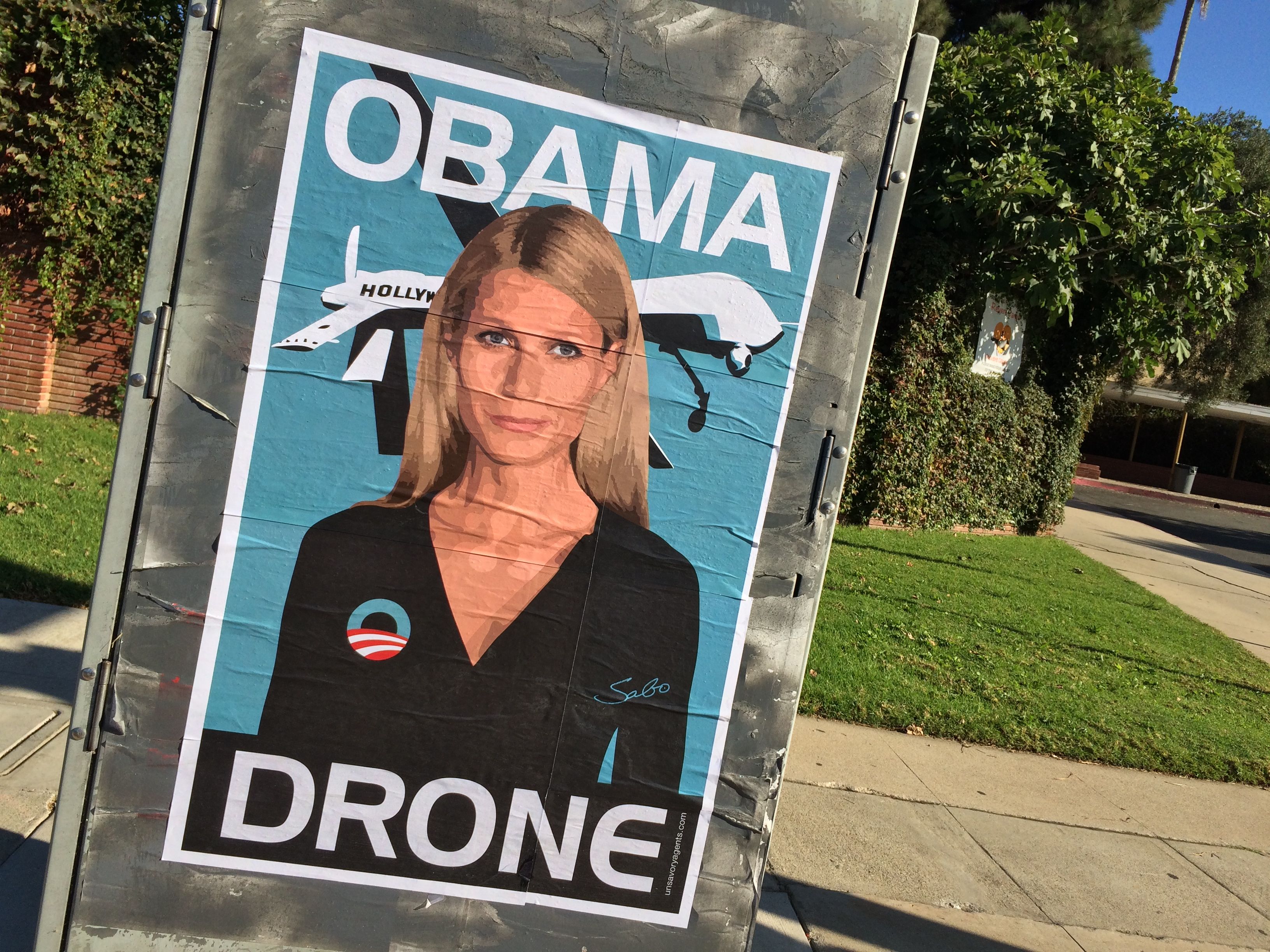 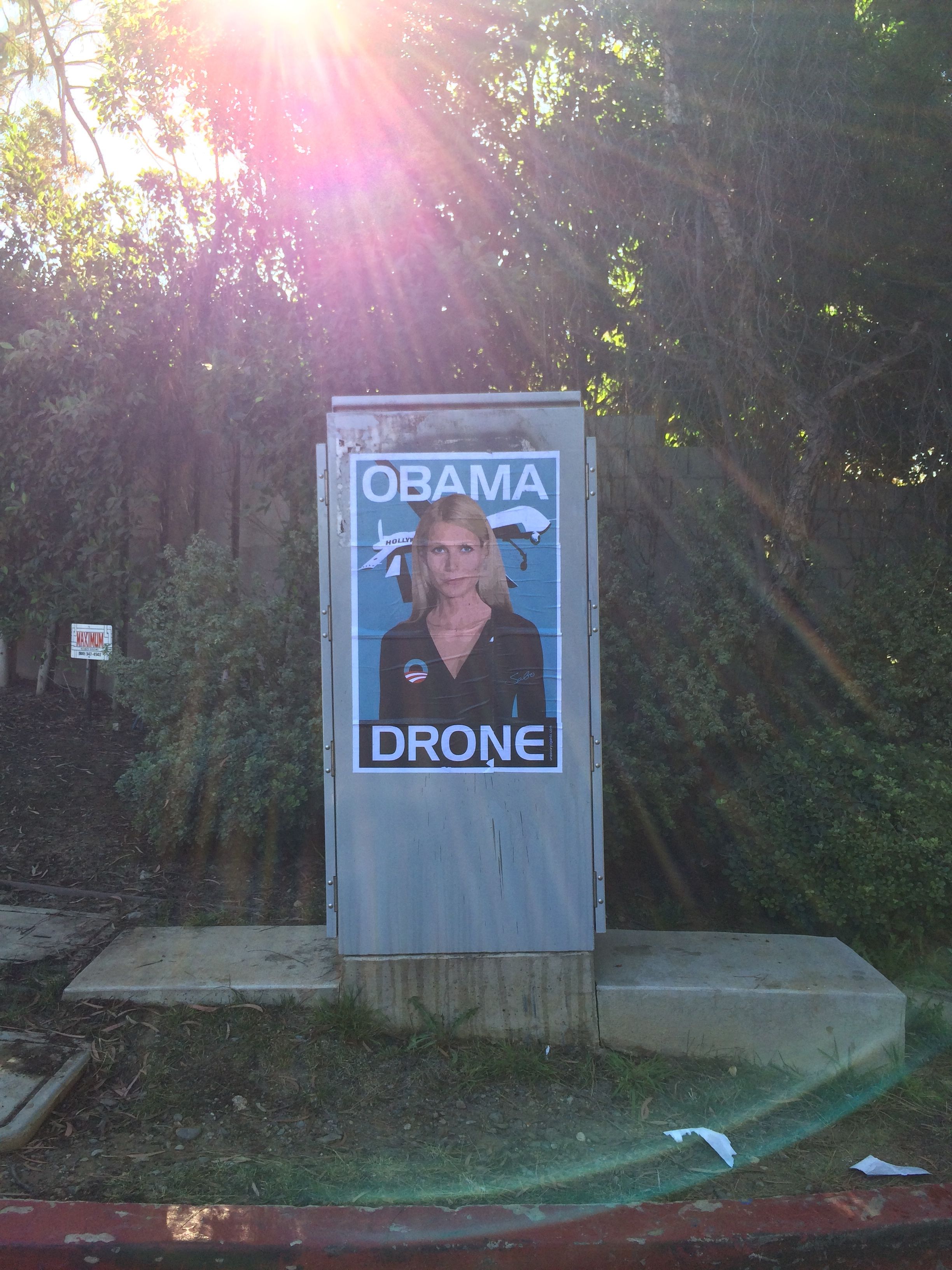 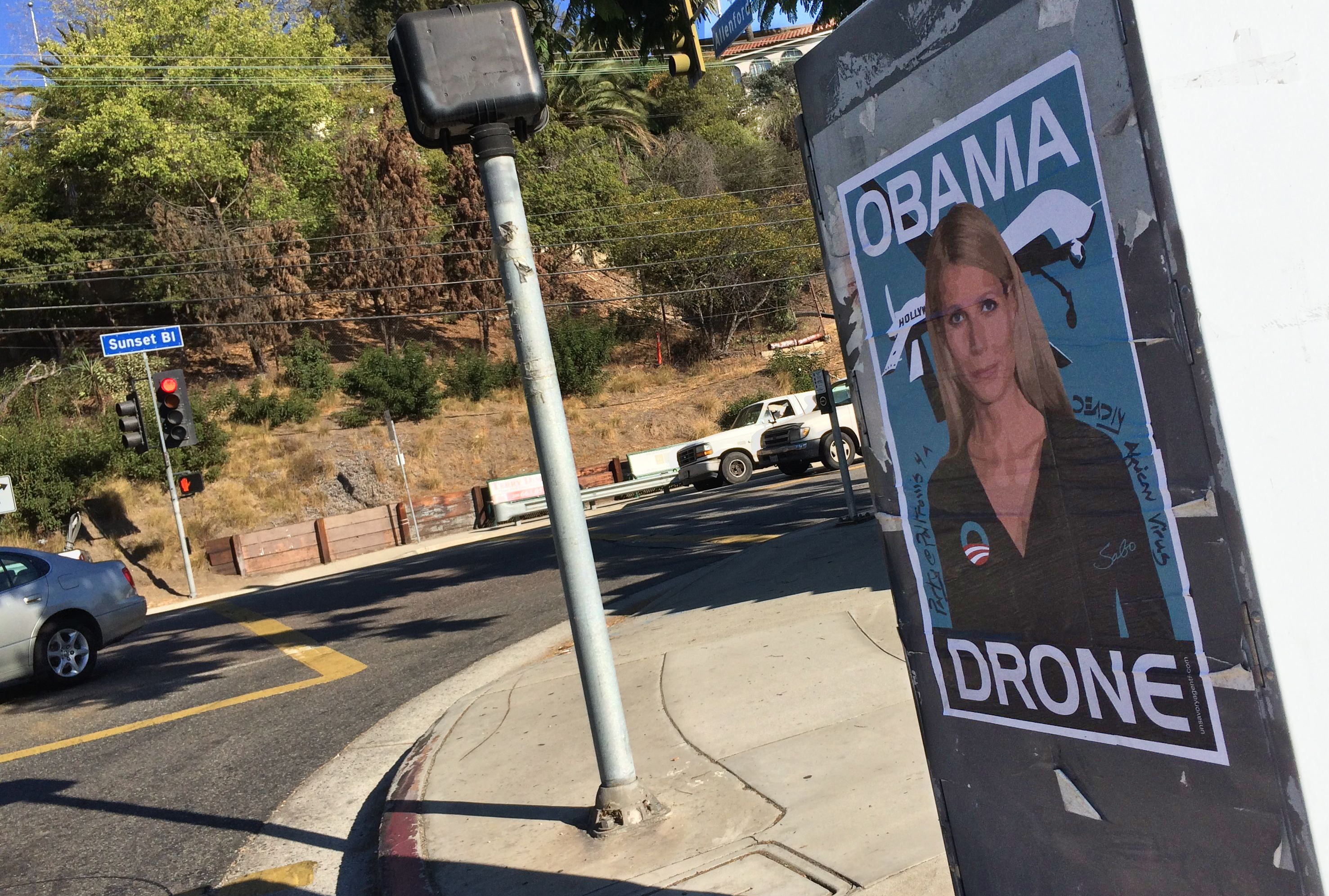 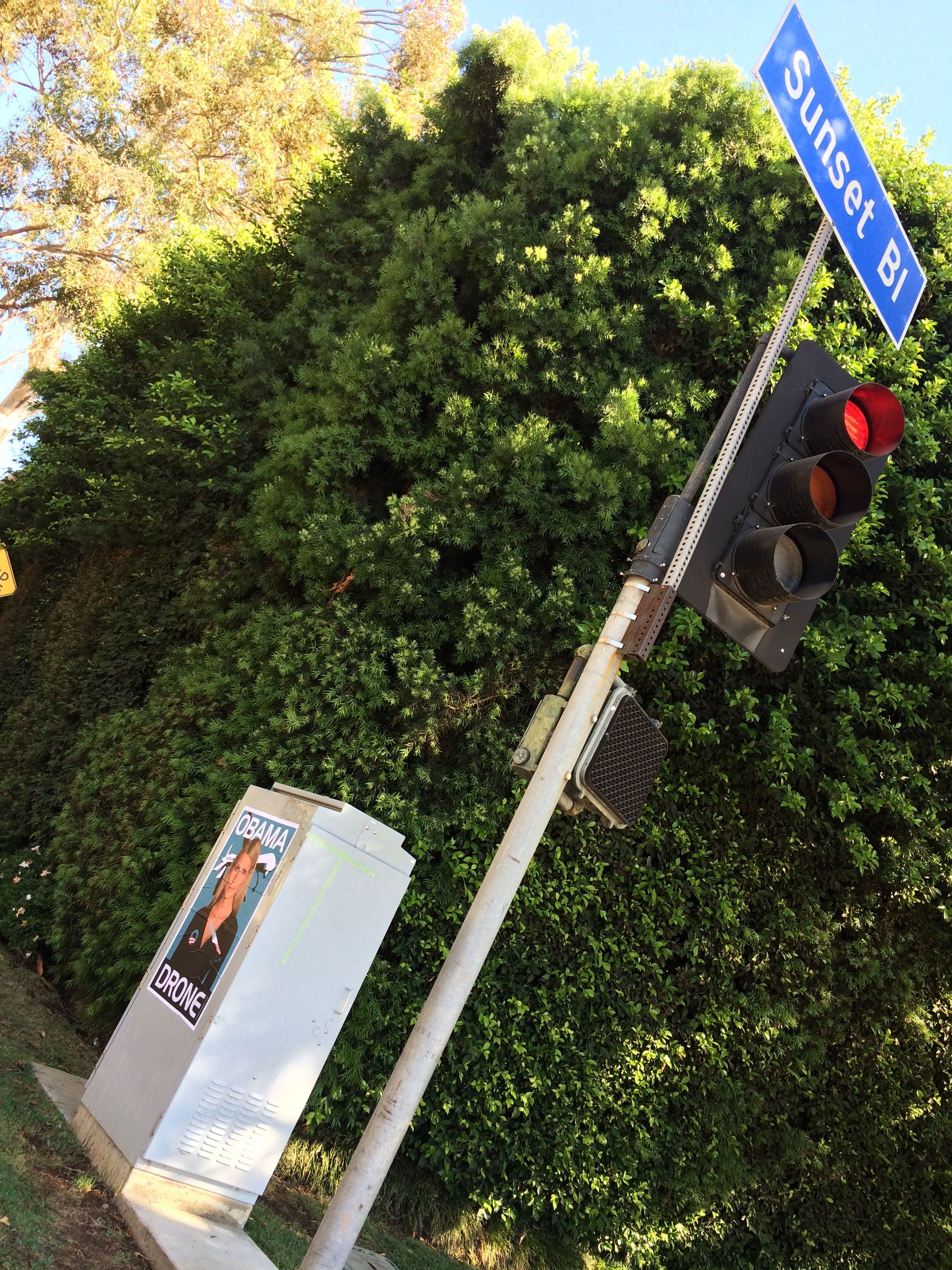 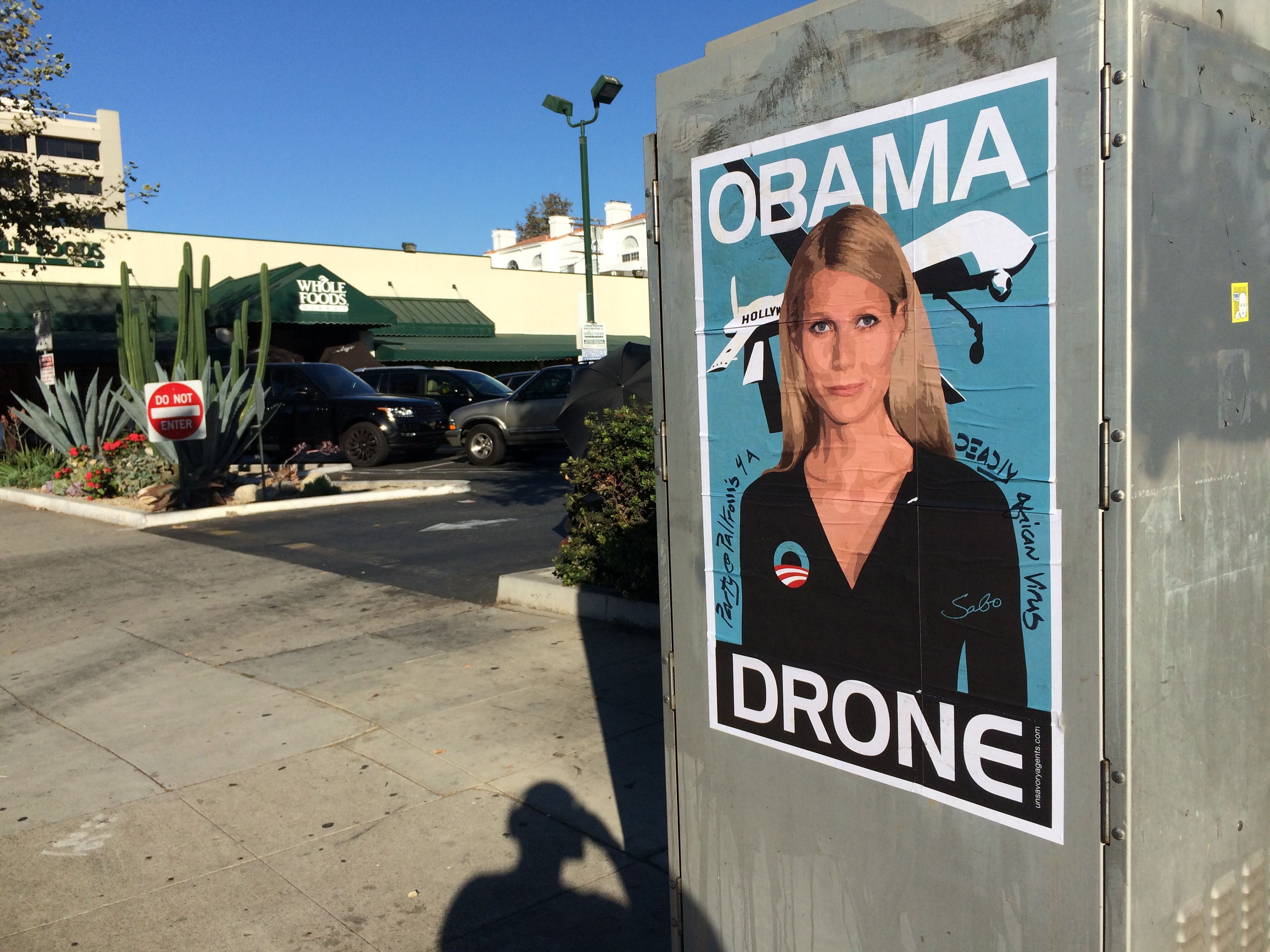